Woa! These are fighting words. And quite honestly, I don’t blame them at all.

Should Hillary Clinton win the presidency (god forbid), the GOP has a plan for her first day in office: Impeach the living hell out of her. Mo Brooks, a Republican Congressman from Alabama has a put forward his opinion on the matter, and I’m sure many more Republicans will echo his sentiments should this most terrible of scenarios plays out. 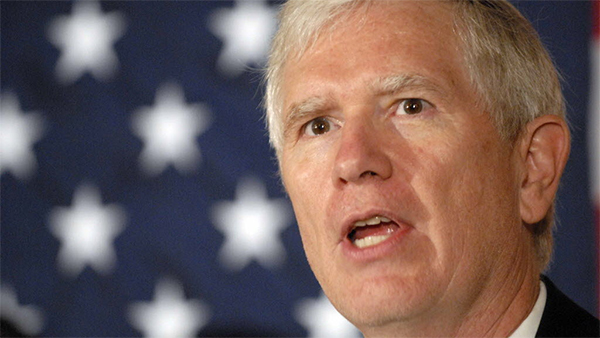 Brooks told radio host Matt Murphy in an interview on Friday, ‘In my judgement, with respect to Hillary Clinton, she will be a unique president if she is elected by the public next November, because the day she’s sworn in is the day that she’s subject to impeachment because she has committed high crimes and misdemeanors.’

Incredible! I cannot stop cheering at that statement! I wholeheartedly agree since she is basically avoiding the system and jail time by manipulating everyone around her.

He explained to the radio host that ‘It’s not about emails,’ but rather, ‘It’s about national security and how many lives she put at risk by violating all rules of law that are designed to protect America’s top secret and classified information from falling into the hands of our geopolitical foes, who then might use that information to result in the deaths of Americans.’

This is an excellent point. The emails are just the tip of the iceberg. The fact that she put American lives at risk by being completely casual about what classified information she sent publicly is the main issue here. Should she come to power, the GOP has a plan, and that makes me rest just a bit easier.