When you think of who you’d want in office, do you ever think about other forms of government and how they would mesh with those branches? You should because it’s an incredibly important aspect when it comes down to it in November of an election year.

You have the executive branch, of course, that the new president will be the head of. He/she will pick their own cabinet and generally mesh well with everyone there. The you have judicial which is generally an okay relationship mainly because the Supreme Court takes a hopefully unbiased opinion on legal matters. And rounding it out you have legislative which is always tough because you could have a Republican president and a Democratic House/Senate.

But there’s another part of the government that’s just as important with which to have a good relationship: the military. Obama has done a piss poor job of being the head honcho of the military as he’s generally been viewed as weak and less likely to pull the trigger on important military operations that would help keep the U.S. safe.

But what about the current presidential candidates still in the race? What does the military think of Donald Trump, Hillary Clinton, and Bernie Sanders? The answer is something we should be shouting form the rooftops! 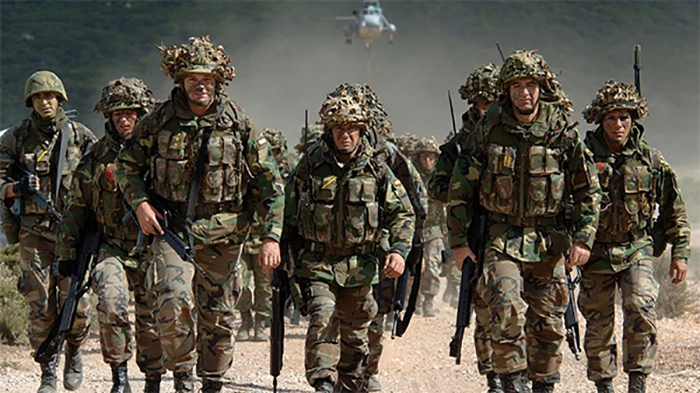 Despite concerns from many retired military leaders and foreign policy experts over his “America First” philosophy, de facto GOP nominee Donald Trump is the favorite choice of America’s active-duty service members — by a large margin.

The informal survey, which was released on Monday by the Military Times, found that 54% of active-duty troops, reservists, and National Guardsmen would vote for Trump in a head-to-head match-up against former Secretary of State Hillary Clinton.

Another 25% would vote for Clinton, while 21% would abstain from voting in November if they were the candidates.

This echos the national polls where Trump is also ahead.

Presidential preference of 951 active-duty soldiers, May 2016:

Trump also managed to win over a majority of active-duty soldiers in a hypothetical head-to-head match-up against Vermont Senator Bernie Sanders. However, the margin between the two men was much tighter.

The results are similar to ones collected by the Times two months ago, which also found Trump to be the most popular presidential candidate among America’s armed forces.

And Trump’s been in the lead here since March even when there were many more candidates in the field.

So what does this tell us? It means that Trump is not only favored by most of America’s silent majority, but he’s also who the military, the people keeping us safe from ISIS and terrorism, favors. Wouldn’t you want the person who the military trusts more running the country? I know I sure would.