The Republican primaries have been heating up lately, with stiff competition on all sides. Marco Rubio and Ted Cruz took out all the stops to try and oust Donald Trump from the top spot, while the field narrows, as Jeb Bush stepped out after a pitiful showing in South Carolina, despite his $100 million SuperPAC donations.

All the front runners have been on tour explaining their policies and positions, but the people can only choose one to be the Republican nominee.

The polls are in, and the votes have been counted. 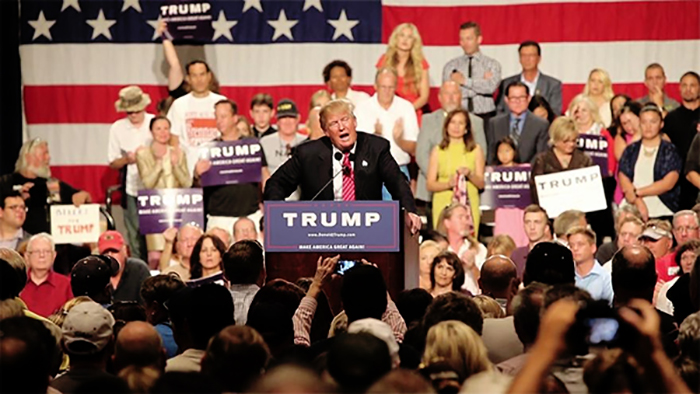 Donald Trump will win the Nevada Republican caucuses, CNN projects, expanding his dominance in the early GOP contest despite the well-organized campaigns of his two chief rivals: Ted Cruz and Marco Rubio.

The results in Nevada, a state with complex caucus rules and unreliable voter data, were yet another sign of how Trump’s momentum is sweeping the country. He heads into the Super Tuesday contests riding high in the polls and maintaining a wide lead over the other GOP contenders in the delegate count.

Cruz and Rubio had campaigned aggressively in Nevada, but were largely engaged in a fight for second place as they try to consolidate Trump-averse Republican voters around them.

Cruz has attempted to cobble together a coalition of evangelical and libertarian voters, while Rubio has argued that he is the most electable of the GOP candidates. Knowing that time is running short to overtake Trump, Cruz targeted Trump on Tuesday with his sharpest attacks yet.

“Look, I frankly don’t care what position Donald decides to support today, tomorrow or the next day. They change every day. I don’t care what they are. But pick one and defend it and don’t pretend that whenever people suddenly point out what you said, ‘Oh, never mind.’ And look, part of the reason someone vacillates from position to position to position is they’re not starting from a core set of principles and beliefs,” Cruz said. 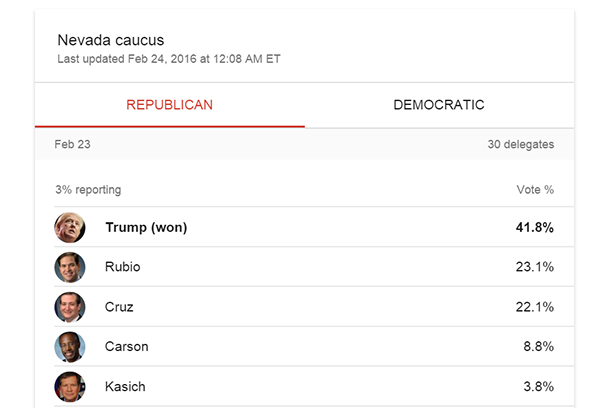 We knew it! Who thinks that the GOP should stop polls and just name Trump the candidate? We sure as hell do!

We will update the post when we have more information and poll numbers as they are released.