ISIS continues to run, and we continue to crush them.

Breaking news across our desks shows that another coalition air strike has just taken our 41 ISIS terrorists in Lybia. Lybia has become a hot bed for ISIS activity as ISIS expands their network and reach across the middle east. They keep running and expanding, but we keep finding them.

A blockade to this has been president Obama saying that we should stand down more than we bomb. Not this time. They bombed away and it was glorious! 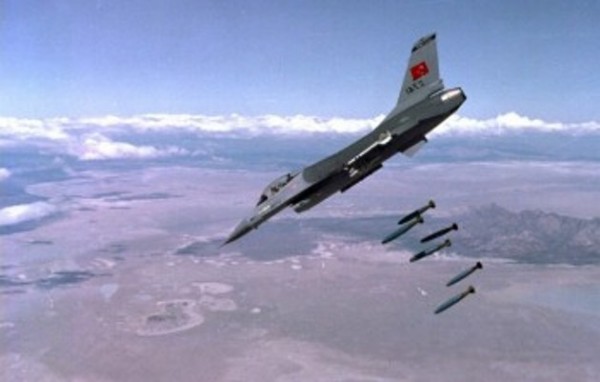 The U.S. conducted an airstrike on an Islamic State camp in Libya Friday morning killing 41 militants, likely including one who had ties to two attacks in Tunisia last year.

The strike hit a camp in the town of Sabratha, located in the northern portion of ISIS-held territory between the city of Tripoli and the Tunisian border. According to a Western official speaking anonymously to The New York Times, the strike was intended to target only Noureddine Chouchane in response to his involvement in the Tunisian attacks. Apparently, Chouchane was recruiting and training dozens of fighters at the targeted camp.

BOO YAH! We see that air strikes are working to a certain extent, but as usual Obama continues to be a hindrance to progress in the fight.

“We will continue to take actions where we’ve got a clear operation and a clear target in mind,” said President Barack Obama regarding the U.S. strategy in Libya Tuesday. “As we see opportunities to prevent ISIS from digging in, in Libya, we take them.”

The president’s comment, however, contrasts a Thursday report by Nancy Youssef of The Daily Beast which said the Obama administration refused to conduct an attack on the ISIS de facto Libyan capital of Sirte, despite the strong requests from military officials.

“There is little to no appetite for that in this administration,” said one official to The Daily Beast.

Either way, I’m proud of our military and their efforts no matter what Obama says or does.