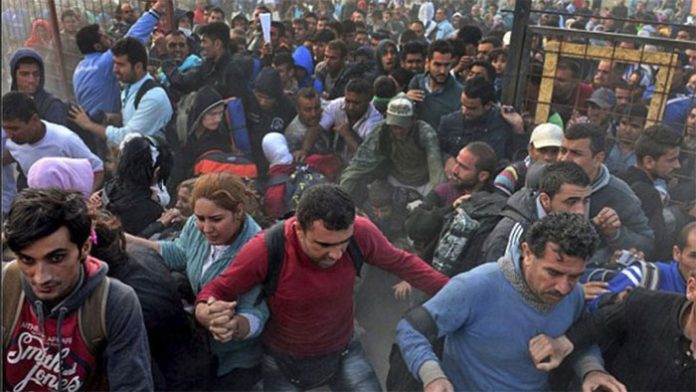 The migrant crisis has reached a fever pitch at this point all throughout Europe and Scandinavia. Middle Eastern, Muslim, Islamic migrants have been pillaging, plowing, and raping their way across the continent for the better part of two years now and it’s become so bad that the mainstream media won’t even report on it anymore.

Some have taken a stand against these abhorrent acts, and make themselves the true heroes of exposing this sick culture. They are on the front lines shooting video, taking statements, and showing the world how this disgusting Muslim rape culture operates.

Mike Cernovich, famous conservative commentator, is one of these people and just released his exposé on the Muslim immigration crisis in open borders Sweden. The footage speaks for itself.

This is what a travel ban stops. This is what extreme vetting predicts and helps combat. You know who needs to see this video with the eyes stapled open? Every single liberal in this country.

The Muslim culture is not compatible with the western way of life. If after watching this video you are not convinced that Islamists will never assimilate and don’t belong in Western society, then you are certifiably insane.