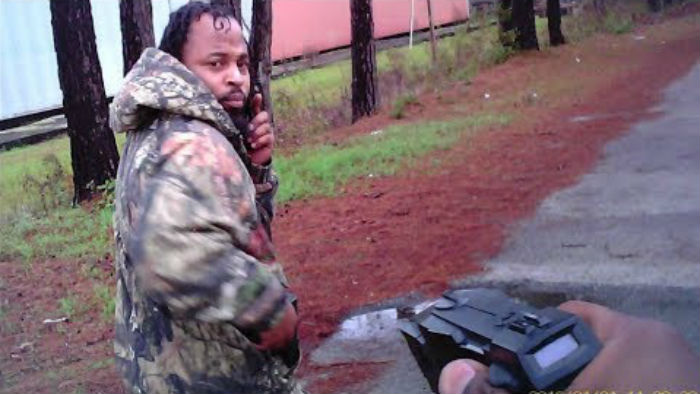 “Tell my family that I love them.”

Those were the words uttered by Officer Quincy Smith as he lay on the ground bleeding from multiple gunshot wounds. Investigators recently released footage of the horrific assault.

Estill, South Carolina police officers don’t have body cameras. To combat this, Smith purchased a pair of video-recording eyeglasses from Amazon. On New Year’s Day 2016, Smith donned the glasses and went on his route.

He responded to a disturbance at a local liquor store and almost immediately spotted the suspect. The harrowing video shows Smith ordering the man to stop. He refused. Smith then told the man to take his hand out of his pocket or risk being tasered.

That’s when the horror began.

The suspect whipped out a gun and fired eight rounds before fleeing. Smith was pierced by multiple bullets. Luckily, he was wearing his glasses. The entire encounter was filmed, allowing investigators to quickly catch the shooter, Malcolm Antwan Orr.

“If but not for the grace of God and some very good doctors, this would not only have been a murder case, but a death penalty case,” said 14th Circuit Solicitor Duffie Stone, who prosecuted the case.

Jurors deliberated for 45 minutes before deciding to convict the 29-year-old of attempted murder and possession of weapon while engaging in crime. He was sentenced to 35 years behind bars.

Police officers don’t fear body cameras. Criminals, however, should realize that their atrocious actions might be filmed.