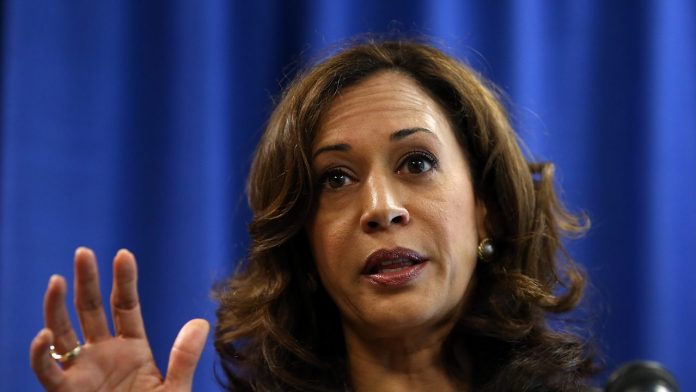 California Sen. Kamala Harris (D), like most of her Democrat co-workers, believes some pretty unbelievable things about money management. Somehow, somewhere, there’s a plan in the works that makes money materialize every time a Democrat says that a project is a “right.” The Dems have yet to let the rest of us in on how this might work, but we suspect it will have something to do with the Federal Reserve.

Harris recently tweeted her opinions about healthcare and was promptly corrected by many of her constituents, who obviously have a better grasp on economics than she does.

“Here’s what I believe: health care is a right, not a privilege. RT if you agree,” she tweeted.

Here's what I believe: health care is a right, not a privilege. RT if you agree.

Here’s what her fan base had to say about it:

@KamalaHarris @SarahThyre are you going to pay for it? I will send you the bill to my right

@KamalaHarris I mean, you also think infrastructure spending is a right so….

Kinda throwing that word “right” around a lot, isn’t she?

Health care is between an individual and her doctor. You have no right to take my money go pay for your "right".@KamalaHarris

@KamalaHarris @drobinsonjd What kind of health care? How much? Define the "right." And a right as against whom? States? Feds?

@KamalaHarris Any constitutional basis for your belief about the right of health care?

And here’s another good question for you:

Are the unborn included in this or nah? https://t.co/V1K8Sbprf5

If we are being honest, someone else paying a bill for us doesn’t sound like such a bad thing. The problem arises when we are called on to pay a bill for others, because, as we learned in school, there’s no such thing as a free lunch. What if the medical industry becomes like other government run programs; the army perhaps? What if the kids who are unhappy at home or school just “run off to join the doctors.” I can’t wait to go to the ER and be sewn up by rebels with syringes and anti-septic.

While that analogy might seem a little far-fetched, the truth is that if we take the free market out of the equation, and the whole thing gets bogged down with red tape and fee caps. And truth be told, the really brilliant are going to migrate to a space where their smarts and creativity are able to flourish without the government sticking its nose in.

Even if we could be successful with the economic portion of this experiment, anytime someone foots the bill for something, they are just a hop skip and a jump from them saying when, where and how much you can have.