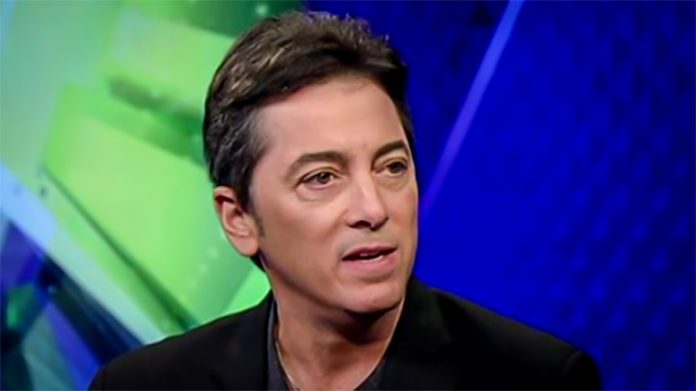 If you’ve ever seen an episode Charles in Charge, you know who Scott Baio is. These days, if you watch Fox News, you’ll know that Baio is a regular speaker. After his ’80s fame and fortune, Baio dedicated his life to politics, which has resulted in the Baio we now know as a fiery, die-hard Trump supporter.

Recently, Baio sat down with The Hollwood Reporter to speak about America as it stands and his support for Donald Trump. He pulled no punches and what he said is a first in history for any political pundit. What he said made me proud to support Trump and proud to be an American.

What sparked all this was Baio’s epic Republican National Convention speech. Here it is if you missed it.

His interview talked touched on his speech, not to mention his support for Trump, and his career after announcing that he was a conservative in Hollywood.

SB: Yeah. I still think he’s going to win. I know he’s way ahead with Independents. I think the silent majority is about done with this crap.

HR: What crap are you referring to?

SB: The world is on fire. Nothing in this country is going in the right direction. They say Trump’s temperament is bad, and my response is, “Well, let’s see. Obamacare is a disaster. Immigration is a complete mess. People are coming here illegally from Muslim countries that want to kill us, the economy’s in the toilet and 95 million people are out of work. ISIS is cutting the heads off of people but Hillary and Obama’s temperament is great, so I’m happy about that.” You need to write sarcasm next to the sentence.

What Baio said next stunned us all.

HR: Do you think your appearance at the GOP convention hurt your prospects for getting more jobs?

SB: I’ll give you a very simple answer: I don’t care. I genuinely, in my heart, do not care if I ever work again. I don’t care. I’m comfortable and I’ve got a great life, but If I don’t have a country that is recognizable to me, I’ve got nothing.

hR: What do you tell your conservative friends who are Never Trumpers?

SB: I say, “You better welcome judges that’ll take away the Second Amendment.” And my friends are like, “The Senate will stand.” I say, “The Senate won’t stand up for anything. Neither will the House. They never do. Paul Ryan is a waste of time and space. So is Mitch McConnell. So you can say hello to having your guns taken away, say hello to having your freedoms taken away, say hello to much higher taxes.” Hillary Clinton just said she was going to raise taxes on the middle class and the crowd cheered. That’s how crazy it’s become. So I say to my Never Trumpers: “Good luck, brother. Good luck in your Communist world.”

Let’s just have that sink in for a minute.

We can all take a lesson from Baio here. He has put his career in jeopardy to support a man whom he truly believes in and to speak out against the leftists in a Hollywood where people are routinely blacklisted for being Republican.

Scott, we salute you and hope you become a PERMANENT fixture on Fox News. Trump is lucky to have supporters like you. Lets get the word out about Baio’s incredible interview! Share this everywhere!