When people talk about being “too PC”, they mean that political correctness has gotten to the point where reality has to take a backseat to leftist fantasy. Officials in San Diego are calling for an unprecedented blow to free speech, in that they’re urging people not to use the term “founding fathers” because – get this – it’s SEXIST.

Yes, let’s not take into account that the people who built and formed this country were primarily men and were in fact the fathers of this great nation, we don’t want to offend anyone who thinks that they’re entitled to the term. 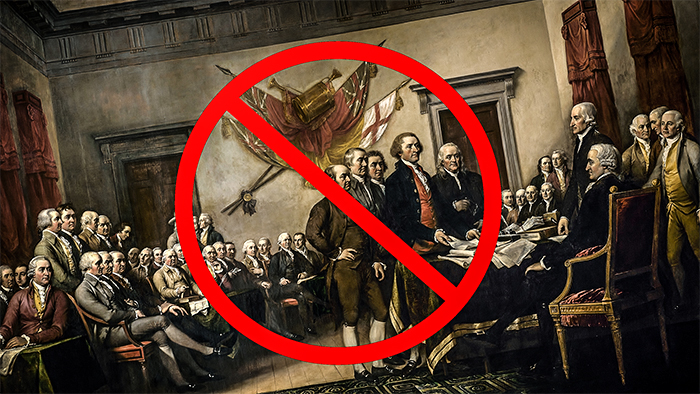 Just in time for President’s Day, the City of San Diego is warning its employees that even mentioning the Founding Fathers could get them in trouble.

That’s one of many startling conclusions reached by a new manual the city has issued for written and oral communication by its employees. In a section on “Bias-Free Language,” the City instructs workers to eliminate from their vocabulary a number of words and phrases considered gender biased, including “the common man,” “manmade,” “man up” and many others. As one example, the guidelines note that “founding fathers” is also problematic and should be replaced with “founders.”

Naturally, there was some backlash by actual Americans who don’t kowtow to this liberal BS:

Brad Dacus, president of Pacific Justice Institute, noted, “At a time set aside to honor American icons to whom we owe our constitutional freedoms, it is offensive and indefensible that the City of San Diego is directing employees not to even mention the Founding Fathers. We are calling on the mayor to immediately retract these guidelines and reassure city employees that they will not be punished for being patriotic. We cannot allow this type of censorship and PC insanity to destroy our free speech.”

PJI is offering to represent, without charge, any city employees who are punished for their patriotic expression.

GOOD. I can’t wait until Trump is president and we don’t have to deal with this outright nonsense anymore.