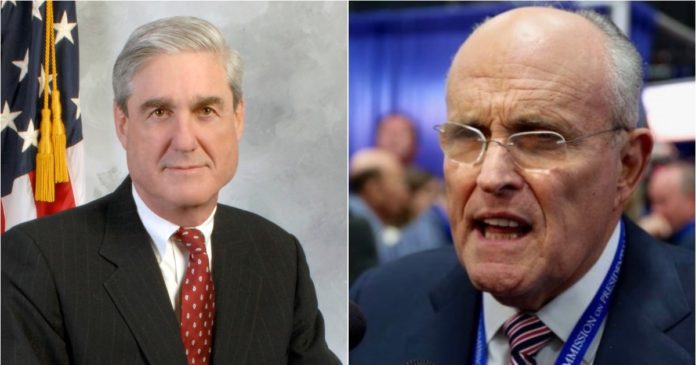 Rudy Giuliani, the newest lawyer on Trump’s team, continued his media blitz Thursday. He slammed special prosecutor Robert Mueller for wasting time and warned him not to attack Ivanka Trump.

“If they do do Ivanka, which I doubt they will, the whole country will turn on him… They’re going after his daughter?” Giuliani told Fox News

When questioned about Jared Kushner, he added: “Jared is a fine man, you know that… But men are, you know, disposable. But a fine woman like Ivanka? Come on.”

Ivanka is at risk because of her dealings with her father. Everyone around Trump is being scrutinized. His personal lawyer, Michael Cohen, was taken down last month. Federal investigators raided his home, office, and hotel for incriminating information.

“I think the investigation with him [Cohen] largely fell apart, with the loss of the campaign finance possible violation which never existed in the first place, but they sure thought it did,” Giuliani told ABC News.

“We don’t hear anything, see anything, see any documents that contradict what we’ve said. Some of the recollection is a little hazy because it came during a very busy period. But, I mean, on both sides it’s pretty clear. They may have little differences here and there but nothing important.”

Giuliani has also bragged that he believes that he could bring the investigation to a close. Trump has been dealing with the nuisance for more than a year. Mueller is tarnishing an otherwise wonderful presidency.

Expect Giuliani to continue the media rounds this weekend.