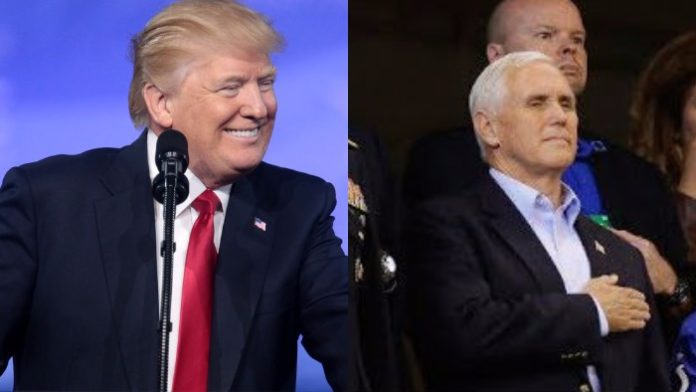 Vice President Mike Pence walked out of a Sunday night football game. He was insulted by the players’ flagrant disrespect for the flag. Multiple San Francisco 49ers refused to stand for the national anthem.

President Trump immediately praised Pence’s action. The NFL’s silly protest has been dragging on for too long. Players claim to be demonstrating against police brutality, and Trump, and a bunch of other liberal boogeymen.

Trump hinted that Pence knew what he was going to do before he entered the stadium. Democrats flew into an uproar in response, claiming that the White House had wasted hundreds of thousands of dollars on a prank.

Everyone knows that if you go to an American football game in 2017, you’re liable to see multiple players disrespecting the flag. Pence isn’t wrong for being disgusted. Patriots applauded his decision to walk out of the game.

“If the Vice President did not go to Indiana for the Colts game, he would have flown back to D.C. for the evening – which means flying directly over Indiana. Instead, he made a shorter trip to Indiana for a game that was on his schedule for several weeks,” one of Pence’s aides explained.

I left today's Colts game because @POTUS and I will not dignify any event that disrespects our soldiers, our Flag, or our National Anthem.

The trip by @VP Pence was long planned. He is receiving great praise for leaving game after the players showed such disrespect for country!