Is Trump here yet? I think that most people – even his haters – will agree that his plan isn’t so far fetched anymore after seeing this data.

The shocking figure comes to us on the heels of Obama’s anti-citizen policies, making it easier for illegals to get government-subsidized programs.

Breitbart is telling us that every time an illegal household is deported, the American taxpayers recoup more than $700,000.

Here’s an excerpt from their article: 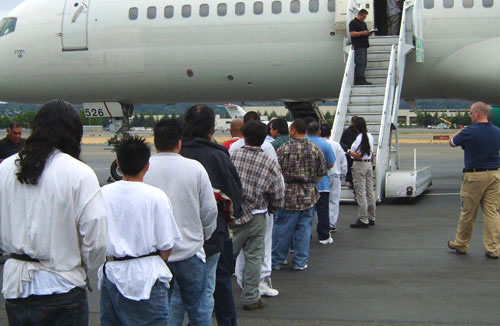 For every illegal migrant household that leaves the United States under Trump’s plan, Americans would recoup nearly three-quarters of a million dollars ($719,350), according to 2010 data collected by Heritage scholar Robert Rector.

The lifetime savings accrued from one deported illegal household would provide funds for 125 low-income inner city students to receive the maximum Pell Grant award in 2015-2016 ($5,775); it could cover the cost of pre-kindergarten for 90 at-risk children (around $8,000 per child); or it could cover the one year cost of Medicaid for 124 enrollees ($5,790 based on FY2011 data).

Hey Mr. Trump, how’s that wall coming? We need it now more than ever!