Apparently, according to Russian intelligence and President Vladimir Putin, who I’m more inclined to believe these days than Obama, has dropped a figurative bombshell on our war against ISIS.

Putin’s parliament has now come out saying that because of the U.S. trained moderate rebels were joining forces with terrorist organizations, we’ve essentially been bombing the desert and not ISIS. 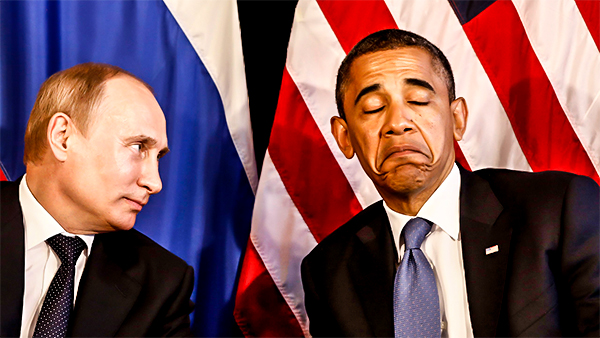 A pro-Putin member of Russia’s parliament accused the Obama administration of essentially spending a year bombing the Syrian desert as opposed to Islamic State group targets, ranting on Twitter that American-trained ‘moderate rebels’ had all run off to join terrorist organizations.

‘(Senator John) McCain accused us of striking out at US-trained insurgents… However, since they have either run away or joined al-Qaeda, hitting them is a mission impossible,’ Alexei Pushkov tweeted, according to Sputnik News.

Pushkov evinced similar thoughts during an interview with France’s Europe 1 Radio, in which the Russian MP said, “The U.S.-led coalition spent a whole year pretending they were striking ISIL targets but where are the results of these strikes?”

Pushkov is the head of foreign affairs committee in the Russian Duma, the lower house of the country’s parliament, according to National Interest.

His questioning may not be that far off of the mark. According to figures compiled by the Council for Foreign Relations in a recent piece for Newsweek, American intervention in the crisis in the Middle East is hardly substantial.

This is treason! How can Obama lie like this!? IMPEACH!