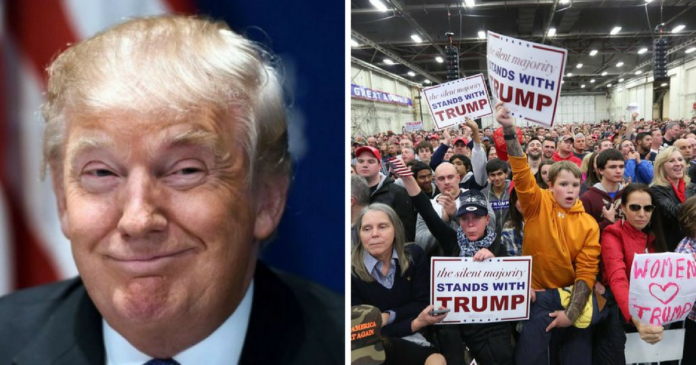 The Democrats’ hit job against President Trump isn’t working. Americans are too smart, they’re not believing the lies. Most Americans believe the economy is thriving and they recognize that it’s because of Trump.

A CBS poll released Sunday found that more than two-thirds of voters believe Trump’s politics have led to a boost in the economy. Democrats are a lot less likely to be complimentary but even they are forced to admit that Trump’s economy is a lot more robust than Barack Obama’s. Nearly 50% of poll respondents said that they believed Trump is looking out for the everyday man.

The Daily Mail notes: “Economists expect growth will accelerate in the second quarter as households start to feel the impact of the Trump administration’s $1.5trillion income tax package on their paychecks. Lower corporate and individual tax rates as well as increased government spending will likely lift annual economic growth to the administration’s 3 per cent target…”

The Trump administration has had to deal with a flurry of bad press. The left only begrudgingly admits when he gets something right and they pounce on him if they think he’s acting badly.

President Trump’s presidency has been a massive success. Obama’s tepid policies didn’t do a lot of damage but he didn’t help very many people either. Most people ended up poorer and more stressed after 8 years of Obama in the White House. Trump has already reversed the trend.

In addition to Trump’s achievements at home, he’s also forging a brave new path in international relations. He tanked Obama’s Iran nuclear deal and he’s on the verge of creating peace in the Korean peninsula. There’s even talk of Trump receiving a Nobel peace prize because of his actions.

Eventually, Democrats are going to have to let go of the myth that Trump is incompetent.