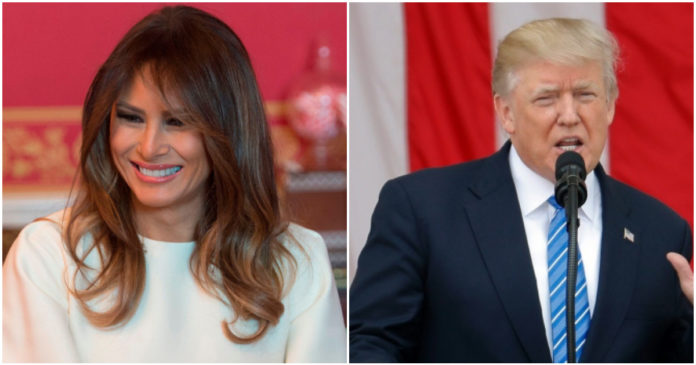 It’s no secret that Trump is one of the most hated presidents in history, and he’s not even finished his first year in office. The second he won the election, the media began looking for ways to get him impeached. They’ve used every possible piece of propaganda they can find, with the most prominent being the supposed Russian collusion and sexual harassment allegations against him.

With the left-wing media trashing him 24/7, and the clowns in Hollywood joining in on the fun publicly and via their garbage propaganda films, there’s no surprise his ratings are in the gutter. However, while the president’s ratings are dismal, the same can’t be said for his wife, who are enjoying significantly more popularity than her husband.

As reported at the New York Post, the latest Gallup poll indicates that First Lady Melania Trump is viewed favorably by 54 percent of the public. It’s the first time she’s broken the majority mark, as she, too, has been targeted by the media and drug down by her husband’s actions.

Still, there’s a pretty large chunk of folks that find her unfavorable, that being 33 percent, while 13 percent have no opinion on the matter. But it’s still a significant rehabilitation of her image, as at the start of January this year, only 37 percent had a favorable opinion of her.

Melania’s numbers are right in line with Michelle Obama’s at this point in their husband’s presidency’s, but Michelle’s favorables were still higher, at 61 percent.

Considering the fact that the media slobbered all over the Obama’s during their campaign and presidency, it’s pretty surprising Melania is as close as she is. We witness unprecedented shilling for the Obama’s, and likewise, unprecedented attacks against the Trump’s. If the First Lady’s doing this good in the polls at this point, there’s nothing for her to worry about in the years to come.