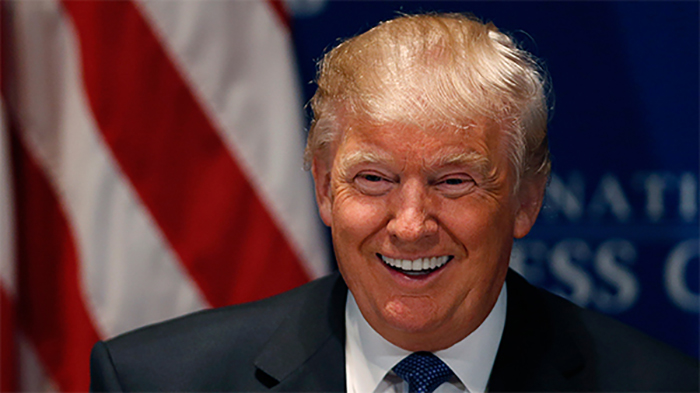 This might be the strangest bit of news you hear all day.

Donald Trump’s plan to put a stop to Muslim immigration in the U.S. until a system is in place where we could properly vet not only them, but all immigrants attempting to enter the U.S., is no secret. It’s be a linchpin of his entire campaign platform. Because of this, many Muslims living in America have come out against Trump calling him racist (even though that’s not the slightest bit racist at all and no one using that word really knows what it means anymore) and a bigot (same thing).

No, however, it seems that some Muslims are having a change of heart and are actually coming out in SUPPORT of Trump. WHAT!?

Six months ago, Muslim-American Saba Ahmed was protesting Donald Trump’s rhetoric; today she’s singing his praises and urging fellow Muslims to do the same. Ahmed, founder of the Republican Muslim Coalition, is making like an itinerant evangelist, preaching the gospel of the GOP.

As a result, NBC made her the subject of its video and podcast series, “The Trail Tapes,” which focuses on unusual presidential campaign stories.

Her support for Trump represents an about-face for her.

That statement was in response to the deadly, multi-targeted Paris attacks last year.

But she’s looking to the presumptive nominee with a sense of anticipation today.

Of Trump, she said, “In the long term, I don’t think he will want to alienate our community.”

“This is the land of the free and the home of the brave, and we’re all proud Americans,” she concluded, before using Trump’s campaign slogan. “So hopefully we can make this country great again.”

This is just more proof to the fact that Trump transcends what is possible in politics today. Does he have YOUR support? Let’s hear it in the comments!