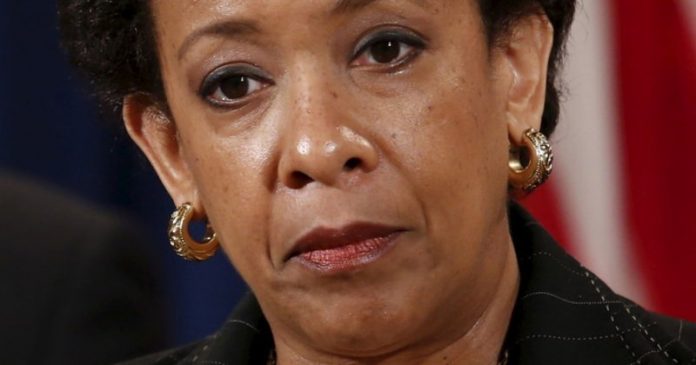 The case against Hillary Clinton was massive. Emails, numbering in the thousands, were deleted before the FBI could see them, and hundreds were marked as classified, but went through a completely unsecured server located in Clinton’s personal bathroom. Yet no charges were filed, and the reason for that was Attorney General Loretta Lynch.

Lynch, an appointee from the Obama administration, got a chance to speak to Bill Clinton in a private conversation a few days before the recommendation not to prosecute was released. Lynch maintains that the case was not mentioned, but as a person with a brain, you, as well as every thinking person, know that is pure BS.

Thankfully, we have Representatives who also know that it’s a load of crap, and they will stop at nothing to call her out on it in a hearing about why Lynch didn’t indict Clinton for lying to the public and putting lives at risk.

Texas Congressman John Ratcliffe set fire to Lynch’s statements and made the very real connection that her decision to use the FBI Director’s recommendation to not indict came with strings attached – she would serve as attorney general during the possible Clinton Administration, making sure that Clinton was immune from any further prosecution.

Here’s the clip of Ratcliffe making a damn fine point:

Lynch deflects like a 5 year old that doesn’t want to eat their vegetables. It’s cringe worthy that she wouldn’t answer simple questions, but if you know anything about Democrats, they start playing games when they’re caught in lies – remember Bill Clinton asking what the definition of “is” was during his Monica Lewinsky investigation? This is exactly the same. I just hope our Reps never lose their backbone in asking the hard questions.

Here are a few more clips of Republicans absolutely laying into the Attorney General and getting her to backtrack and admit that she is absolutely unfit for the job and only covering for the Clintons: