When you get the argument that closing borders and having proper controls for incoming immigrants doesn’t work, show whomever said that this article and laugh in their face for being completely wrong.

Germany is a country that we’re all looking at when it comes to immigration. After the crisis and subsequent mass exodus from the Middle East by Muslim refugees, Germany has welcomed many with open arms. Now that there are surges in Muslim camps, riots, rapings, and crime Germany has had enough and closed many of its borders in order to stop the unwanted flow into the country.

The truth is, they’ve done a good job and we should be taking a note from them.

The real story here is, it’s working and closing borders is a viable option, something that Donald Trump knows and has been preaching since day 1. 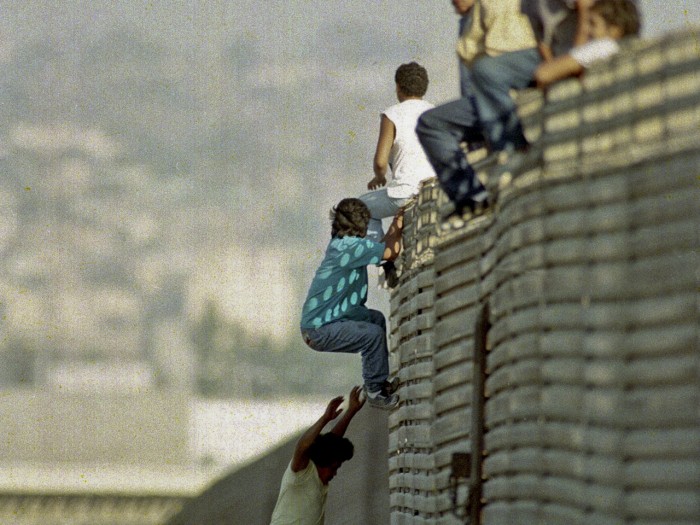 The number of migrants entering Germany from Austria fell more than seven times in March to below 5,000 due to the introduction of border controls by countries along the Balkans migrant route, an interior ministry official said on Saturday.

Chancellor Angela Merkel is under pressure to deliver on a promise to slow arrivals of migrants and refugees after 1.1 million people entered Europe’s biggest economy last year, triggering fears about the cost and how to integrate them.

In February, 38,570 migrants arrived in Germany from Austria, already down sharply from 64,700 in January. Austria is the main entry point for migrants crossing into Germany.

Austria imposed border restrictions in February, causing a domino effect in Europe that left thousands of people — many fleeing war and violence in Syria and other countries — stranded in Greece.

Here’s the outcry from refugees that weren’t taken in and left stranded:

From this we know that Donald Trump’s plan will not only be implemented well, but will succeed. Closing our borders and vetting every single migrant trying to enter this country is CRUCIAL to our safety and dynasty as a country. We must follow the lead of Germany and Trump here.
Close the borders to protect America! Who’s with me?