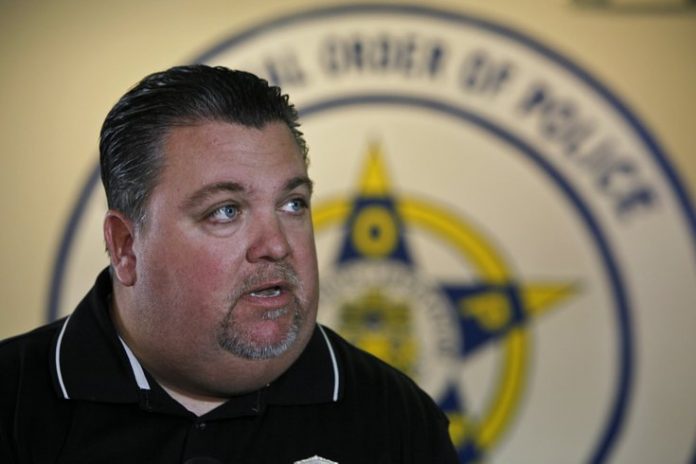 As the Democrats gear up for their convention after the Republicans absolutely crushed theirs, we get reports like these that will make you sick to your stomach.

The Democrats, specifically Barack Obama, have driven a racial wedge between nearly everyone in the country. Groups like Black Lives Matter have taken this and run with it and cry racism every time they see anything the slightest bit off. They take isolated incidents where we don’t know both sides of the story, like police shootings, and think that’s the norm in this country. They then call for attacks on police, the very people that protect them from all out anarchy and chaos.

Well the Democrats have just given us the biggest slap in the face to our police force that is humanly imaginable. At the RNC, we honored our police and thanked them for keeping us safe. The Democrats are essentially saying, police don’t matter. The head of the Philadelphia fraternal order of police is pissed and just shot her down!

Philadelphia’s police union is blasting Hillary Clinton for inviting relatives of victims of police shootings to speak at the Democratic National Convention next week, but failing to include relatives of slain police officers.

John McNesby, president of the Fraternal Order of Police Lodge 5, said the union was “shocked and saddened” by the planned choice of speakers at the convention, which opens Monday in Philadelphia.

“The Fraternal Order of Police is insulted and will not soon forget that the Democratic Party and Hillary Clinton are excluding the widows and other family members of police officers killed in the line of duty who were victims of explicit and not implied racism,” Mr. McNesby said in a statement.

He said it’s “sad that to win an election Mrs. Clinton must pander to the interests of people who do not know all the facts, while the men and women they seek to destroy are outside protecting the political institutions of this country.

“Mrs. Clinton, you should be ashamed of yourself, if that is possible.”

This is, quite frankly, one of the more disgusting shows of disrespect the Democrats have ever shown. Instead of honoring those police lost in ambush, terrorist style attacks, they decide to showcase and put on display victims of police shootings. Wow.

What the takeaway should be here is that the Democrats do not care about these people, nor do they care about the victims of these shootings. They are doing this to manipulate your vote. This should be shared not just with every America, but with every BLACK American as well. All black voters should know what the Democrats are doing: they are attempting to parade out victims to hijack your mind into voting for Hillary. Don’t be swayed by this display of elitism and governmental, political BS.

If you have a brain, you should know who to vote for. Fun fact: it’s not Hillary.