Barack Obama has been a friend to various radical Islamist organizations for quite some time, but none more than the Muslim Brotherhood. As we’ve written about in the past, Obama has been outed by an ex-CIA official for having ties and funding the organization. You can read that story by clicking here.

However, that time has come to a close and Obama is being pressured to cut ties to the organization, because they’re now officially considered a terrorist organization by the House Judiciary Committee. Oh happy day.

Naturally, the Muslim Brotherhood had some words about the matter. According to Breitbart, 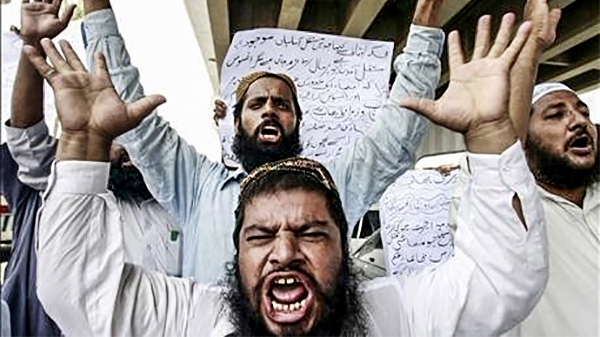 On Wednesday, The Muslim Brotherhood Terrorist Designation Act cleared the House Judiciary Committee’s markup process by a party-line vote of 17-10.

“The Muslim Brotherhood’s embrace of terrorism and the very real threat it poses to American lives and the national security of the United States make it long overdue for designation,” House Judiciary Committee Chairman Bob Goodlatte (R-VA) said in a statement.

In an editorial posted on IkhwanWeb, the official site of the Muslim Brotherhood, on Thursday, the group accused the GOP leaders of being “manipulated by” the “pro-Israel Zionist lobby.”

“Extremist right-wing Republicans in the Judiciary Committee of the US Congress passed, on Wednesday February 24th, a bill urging the State Department to recognize the Muslim Brotherhood as a terrorist organization,” the Brotherhood complained in the editorial.

The Muslim Brotherhood is already banned in several countries. The outfit was founded in 1928 by Hassan al-Banna, a radical socialist Islamic cleric who sought to install a worldwide caliphate.

“It is the nature of Islam to dominate, not to be dominated, to impose its law on all nations and to extend its power to the entire planet,” al-Banna said of the Brotherhood’s goals. The group is affiliated with the Palestinian terrorist group Hamas and remains close with the Islamic State’s Sinai Province branch.

However, the Muslim Brotherhood maintains its innocence, making some questionable claims,

In the Muslim Brotherhood editorial, the piece states that the Islamist extremist group is actually a peaceful organization.

“The attempt to accuse the peaceful Muslim Brotherhood of terrorism goes without the presence of a single shred of evidence, and will fail – just like previous desperate attempts by hardliners and extremists in the US and its despotic allies in the Middle East,” the editorial read.

Thought the Brotherhood claims to be peaceful, its spiritual leader, Yusuf al-Qaradawi, hasendorsed suicide bombings as a means of “resistance.”

“the one who carries out a martyrdom operation [suicide attack] has a clear goal, and that is to please Allah,” Qaradawi said in a recent speech in Europe.

I’m ecstatic that Obama must now disclose and disown the organization that he spent so much time defending in the past. Do you think that he can be impeached on these grounds? Let’s hear it in the comments!