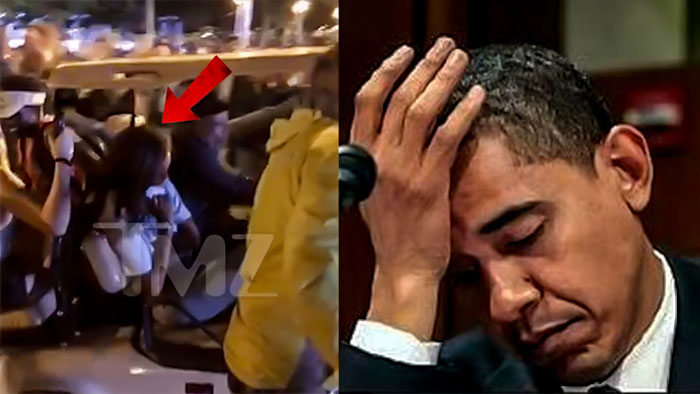 Everybody deserves the chance to blow off steam. Especially if you’ve spent years in the public eye, you might feel like you need to really shake off the bonds of public opinion. That seems to be the case with Malia Obama, during her visit to Lollapalooza.

If you’re not up on the current music scene, Lollapalooza is “an annual music festival featuring popular alternative rock, heavy metal, punk rock, hip hop, and electronic music bands and artists, dance and comedy performances, and craft booths.” All of this frivolity takes place in Chicago every August.

The former first daughter, Malia Obama is apparently a big fan. This video was posted by TMZ and demonstrates just how good of a time she was having at the hometown event.

I guess maybe you could chock those unusual dance moves up to get a little bit too into the music, but the speculation is that she might have been a little under the influence. Of what, we don’t know, but this next clip shows what kind of shape she was in when she left that evening.

You might be wondering why this is news. Well, the former first family always tried to make a huge deal about how special family was to them, which is great, however, it makes you wonder if they knew what was going on with their little girl that night. And if they did, were they aware that their 19-year-old appears to be too intoxicated to stand up straight.

Again, not exactly breaking news that a teenager got their hands on some alcohol and went a little over board. But when you put it in the lens of President Trump’s kids and grandkids, the comparisons aren’t too flattering.

Yes, most of the President’s kids are older than the Obama girls, however Ivanka Trump can’t even set up a desk and advise her dad (for free) without the liberal media jumping down her throat like she’s the anti-Christ, but Malia Obama can illegally drink until she’s unable to walk, and it’s just “kids being kids.”