I read this and I didn’t think this story was real. Then I saw it starting to pop up all over the internet and it confirmed my worst fears.

The Obama administration and the department of education, in it’s infinite and sick, disgusting wisdom, has now handed down possibly the most disturbing affront to normal human decency in this country’s history.

They have said that a student who is male, but participates in sports as a girl because he identifies as a girl, I’m assuming due to bad parenting and confusion, is now allowed to shower and change in the girls locker room. 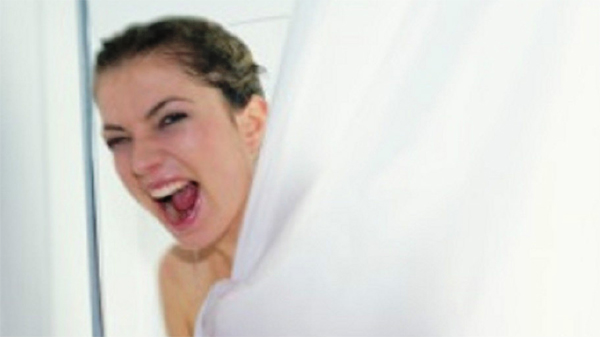 I think I’m going to be sick.

The student, who has identified as a girl for a number of years, filed a complaint with the Office for Civil Rights in late 2013 after she was denied unrestricted access to the girls’ locker room. District and federal officials negotiated for months, and a solution appeared imminent as recently as last week, when the district put up privacy curtains in the locker room.

If you’re still technically a guy, with guy parts, I’m fairly certain that privacy curtains are what’s needed here. And let’s just say that seeing boys genitalia, regardless of gender identification, is pretty shocking for any girl between the ages of 12 and 17.

It doesn’t matter if this person is a boy or a girl, what matters is that this person has no on else in mind except for themselves, selfishly lashing out when they should just be following the rules.

The dispute highlights a controversy that a growing number of school districts face as they struggle with an issue that few parents of today’s teens encountered. The Department of Education has settled two similar allegations of discrimination of transgender students in California, with both districts eventually agreeing to allow the students to use female-designated facilities.

So forget about the majority. When 1 person says they’re offended, that means that everyone is offended right? This sounds like Obama is breeding a perverse and wholeheartedly un-American way of life that this country will not stand for. Who’s with me!? Stand against this disgusting display and tell everyone that we will not be forced into a grotesque way of living!