One good thing about Turkey, they just told Obama to mind his own business.

As the tensions escalate between Russia and Turkey, and the entire Syrian refugee crisis along with ISIS looms at the forefront, Obama has decided to inject his “wisdom.” Because why not, right? I’m sure he thinks he is part of the world police even though he’s a weaker leader than nearly all of them combined. This time he used the opportunity to pipe up about Turkey and it’s borders. Here’s Turkey’s response. It’s EPIC! 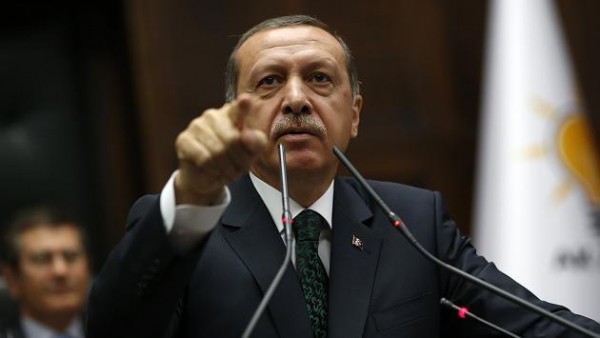 President Barack Obama wants Turkey to close its 60-mile-long border with Syria to end the influx of new Islamic State fighters pouring into Syria and Iraq.

Turkish officials confirmed that removing ISIS from the border is a chief concern, but added Turkey doesn’t need patronizing reminders.

“Turkey is determined to clean Daesh from the 98 kilometers of border between Kilis and Jarabulus,” a senior Turkish government official told The Wall Street Journal. “There is no need to receive any kind of warning or advice from anyone, including our U.S. partners.”

But a Turkish official quickly pointed out to The Wall Street Journal the irony in Washington’s call to close off the border, given the U.S. is completely unable to stop flows in and out of Mexico.

BOOM! What a response! Obama gets put in his place big time with that one. Get a good Republican in there and Turkey might listen better.