President Obama was walking on a beautiful, cold, snowy day in Washington, DC. He usually takes morning walks all over the grounds of the White House to clear his head before his day starts. The President noticed something in the snow on the lawn a bit off to his right.

He trudged through the snow to see someone had peed on the front lawn and wrote in the fresh snow, “OBAMA SUCKS!”

The President demanded to know who did this and the Secret Service sprung into action, taking a picture of the vandalism and taking a sample to be analyzed so they could catch whoever did this.

A few hours later the secret service came back and told President Obama,

“Sir, you may want to sit down for this. Upon close analysis, we determined that the urine belonged to Vice President Joe Biden…”

Obama got up, laughed, and said “HA HA! Old Joe sure can play a prank! Is that what you were so afraid to tell me?”

The secret service agent says “No, sir. We also found that it was Michelle’s handwriting.” 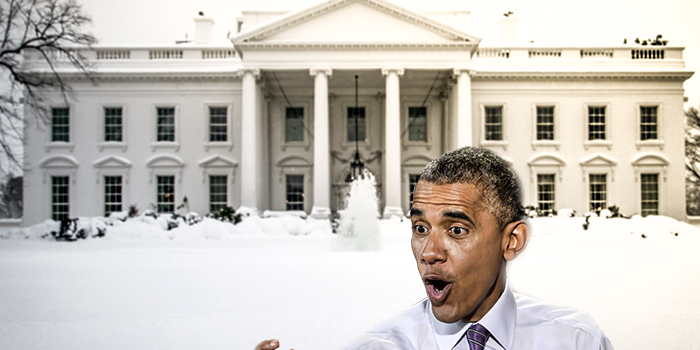