Obama has told many lies throughout his presidency and even all the way back to his campaign promises. This one, however, might be his biggest of them all.

Obama promised, over and over again, that he would end the war in Afghanistan and bring all our troops home. 10 years after his campaign began, he still hasn’t pull them all out. 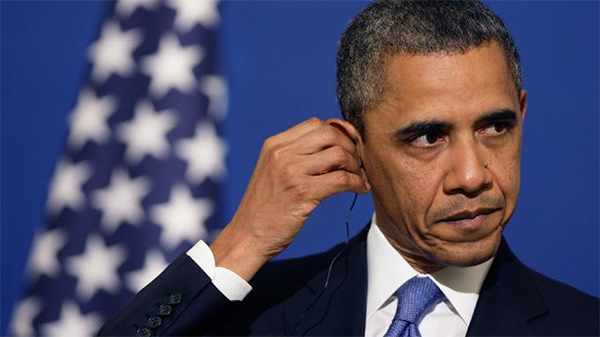 Obama called the new war plan a ‘modest but meaningful’ extension of the U.S. military mission in Afghanistan, which he originally planned to end next year. He acknowledged America’s weariness of the lengthy conflict but said he was ‘firmly convinced we should make this extra effort.’

I really like that there are no fact given past “we should make the extra effort.” Almost like saying to a student in math class that his answer was correct, but he got no credit because he didn’t show his work.

After lengthy internal deliberations, Obama settled on a plan to maintain the current force of 9,800 troops in Afghanistan through most of next year, then draw down to 5,500 troops in 2017, at a pace still to be determined after consultation with commanders.

It will be up to Obama’s successor — the third U.S. commander-in-chief to oversee the war — to decide how to proceed from there.

Essentially meaning that Obama, yet again, is making Afghanistan someone else’s problem. He truly is the most deceitful, lazy, and procrastinating president we’ve ever had. Who’s with me!? Sound off in the comments.