If this isn’t a sign that Obama is the weakest president in U.S. history, I’m not entirely sure what would be.

The Forbes list of “World’s Most Powerful People” is the annual puffing up of global figures to show who is really in charge of their countries, companies, or anything else worth noting.

Usually you’ll see world leaders and heads of massive companies. Also, you’ll see every year that the president of the U.S. is always #1 or #2. In fact, every U.S. president since this list was started has been either #1 or #2. Except now because President Obama was just ranked #3! This is proof that he is a weak and uninspiring president. 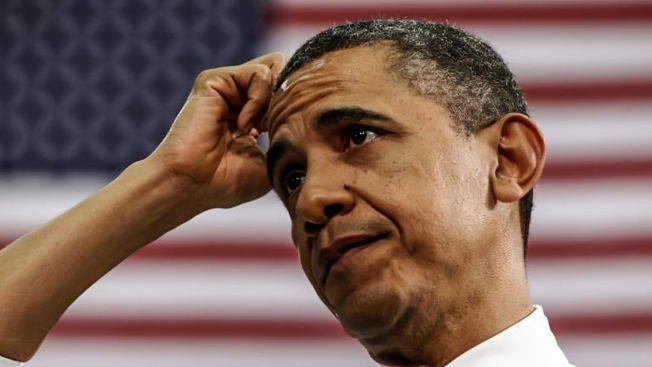 The latest annual Forbes list of ‘World’s Most Powerful People’ ranks President Barack Obama in third place – making it the first time a sitting U.S. president hasn’t made either the No. 1 or No. 2 spot.

I can’t say that I’m surprised given how terribly Obama has botched his entire presidency, especially the last year or two. It is embarrassing that the most powerful country in the world does not have the most powerful leader.

In an interview on CBS, ‘This Morning’ editor Luisa Kroll speculated Obama’s fall to third ‘has a lot to do with the fact that this is going to be his last year in office.’

While that might be true, I have a bigger feeling that it has more to do with his Iran deal and his general lackadaisical attitude towards the entire country he supposedly loves and controls.

‘That’s the first time since we’ve been doing the list that any U.S. president falls out of the top two spots,’ Kroll said. ‘He’s a little bit more hamstrung, both domestically and internationally, and it’s just a nod to his decreasing power at this time.’