Obama clearly thinks that Iran is some country that loves us. Why he would think that is beyond me, but I’m sure that’s what’s in his head.

Meanwhile as Iran captures our soldiers and generally does whatever it wants, it also laughs in the face of the lifted sanctions and calls out president a liar. This is the same country that still calls us “The Great Satan.”

Iranian leader Ayatollah Ali Khamenei went on Iran’s TV networks to proclaim that the U.S. is deceitful and backhanded. 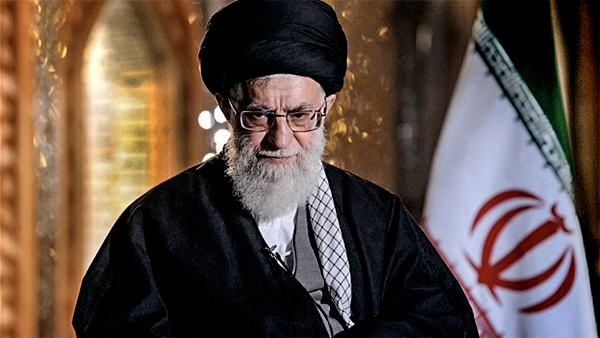 In his first comments since the deal took effect, Iran’s highest authority made clear that Washington should still be treated with suspicion. He made no mention of a surprise prisoner exchange that also took place this weekend.

“I reiterate the need to be vigilant about the deceit and treachery of arrogant countries, especially the United States, in this (nuclear) issue and other issues,” Khamenei said.

“Be careful that the other side fully meets its commitments. The comments made by some American politicians in last two, three days are suspicious,” he added.

Yup, this is exactly the country to do business with! *sarcasm*

Republican candidates for the U.S. presidency have criticized the deal, and some Iranian officials fear Washington could walk away from the deal when President Barack Obama leaves office in early 2017.

And look! Once again the GOP is the voice of reason here. Walking away from the deal that would likely give Iran nukes is the best decision anyone could make.

This is why we need Trump in office!