Chalk up another moronic, insane, and completely backwards statement to the liberals currently running our country. I seriously cannot wait until they’re gone.

Yesterday they’re saying that we shouldn’t come to conclusions before all the evidence is gathered. Now they are refusing to call them terrorists and say that they were part of ISIS. This is complete garbage as we know they traveled to the middle east and were radicalized by ISIS themselves! 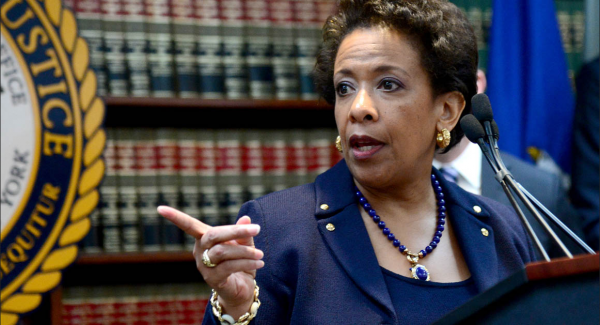 “We do not have an indication that they were planning specific things beyond this attack although that information is still evolving,” she added.

This woman honestly thinks that these people weren’t planning other things? They were radicalized by ISIS, terrorized U.S. citizens on U.S. soil, and had military training with bombs scattered all over to maim and kill first responders. Yea, they sound like reagular one-off terrorists to me. When will liberals get it through their heads that if someone terrorizes, they are part of a larger network! It’s not that difficult to comprehend.

“We are trying to learn everything we can about both of these individuals, as individuals and as a couple, to determine why they chose that location, that event, that particular place to vent their rage,” Lynch said.

“We are essentially digging into their lives as far back as we can,” she added. “Our view is that the radicalization had been going on for some time, but it’s really too early to tell at this point what was the genesis of it for either of them.”

Again, just call them terrorists. you refuse to call them what they are and that makes you a coward. When you bow to islam and try not to offend anyone, you offend everyone. Loretta Lynch is just as bad as Obama and it shows in spades with this whole investigation. It should have been over days ago.