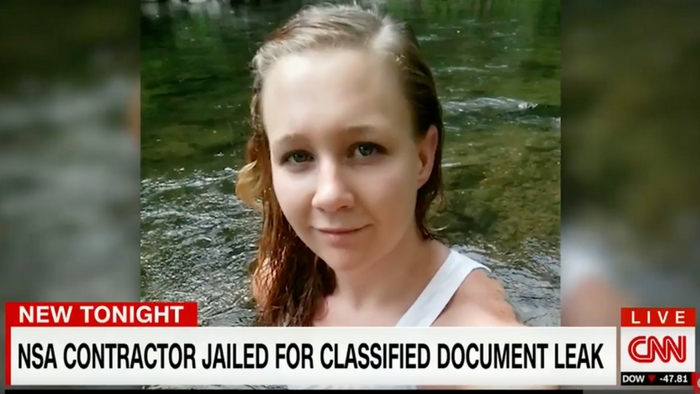 Former NSA contractor Reality Winner may have let that name go to her head just a little when she decided to leak classified documents to the detriment of the U.S. government. Winner being discovered as the leak has caused a huge stir in the intelligence community, as well as around the country as people wait to see how this blatant misconduct will be punished.

The offending party is currently waiting to see if she’ll be released on bail, but those chances have now been severely damaged after news of what she’s been saying about the President and the White House has gotten out. Apparently, the motivation for these leaks wasn’t just an issue of compensation, her loyalty may not lie completely with the United States.

Prosecutors also said 25-year-old Reality Winner might try to flee the U.S. if released on bond. Assistant U.S. Attorney Jennifer Solari told the judge Winner had written in a notebook: “I want to burn the White House Down … find somewhere in Kurdistan to live. Ha-ha!”

Wearing an orange jumpsuit and leg shackles, Winner pleaded not guilty in U.S. district court to charges that she illegally retained and transmitted national defense information. The federal crime carries a maximum penalty of 10 years in prison if she’s convicted.

The former Air Force linguist, who speaks Arabic and Farsi and had a top-secret security clearance, was working as a government contractor in Augusta when she copied and mailed a classified report containing top-secret material to an online news organization, prosecutors say.

Yeah, it kind of feels like someone who hates the United States knows all sorts of national secrets and has the ability to communicate very well with our enemies might not be one that we want to fly free. It would be one thing if we were prosecuting thought crimes or just the plans to distribute confidential information, but this person has a proven track record of illegal and dangerous behavior.

I’m betting dollars to donuts that Miss. Reality Winner is about to get a big dose of reality, and she’s probably not going to come out a winner (sorry, it was right there, I just had to).