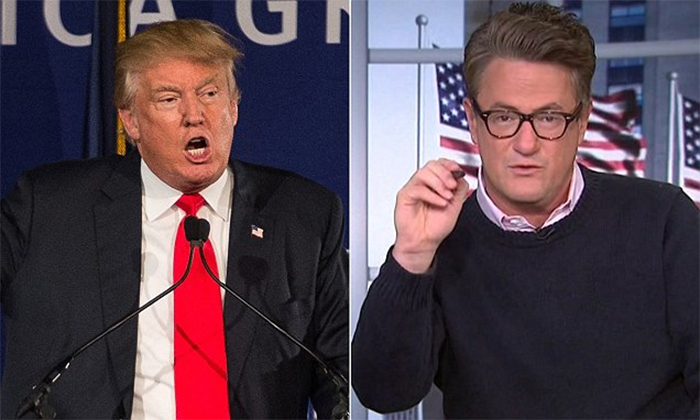 Never would have thought that Joe Scarborough would be in this position. Wow!

Morning Joe host Joe Scarborough has been a stanch critic of Trump throughout his campaign even going as far as cutting him off during a call into the show.

Well, now it seems as though Joe has had enough for the media’s anti-Trump stance and Trump bashing. Joe went on his show yesterday and absolutely SHUT DOWN any and all Trump haters.

Here’s what he said.

Tuesday on MSNBC’s “Morning Joe,” host Joe Scarborough criticized those in the media who have continuously dismissed Republican presidential front-runner Donald Trump’s chances going forward, especially at anything that can be perceived as a misstep by Trump and his campaign.

Scarborough noted that in many instances, including following last week’s Wisconsin GOP presidential primary, there were many in the media declaring the end of the Trump presidential campaign to imminent.

“It’s always against Trump,” Scarborough said. “I mean, will they say it’s over? Seriously. The jackasses who have been doing this for nine months should stop embarrassing themselves. It’s getting really, really old.”

Joe didn’t stop there. He doubled down and really took it to the haters!

“[W]hat’s insulting to me is you can’t state politically obvious things, right, without people saying you’re in the tank for Trump or, ah, you’re supporting Trump. No, no, no. We just can actually look at the earth and see the that the sun goes down and it’s actually not flat. But there have been a lot of flat-earthers out there for nine months right now, who’ve been writing stories in the mainstream media that Donald trump will never win. He’s a fool, he’s an idiot. When it looks like he could win, he’s Nazi, he’s a fascist.”

This is 100% correct. Trump always gets the raw deal with the media because he’s actually suggesting real change and that’s scaring everyone. It doesn’t scare us as we NEED this change to keep this country and our way of life. And he’ll make it better than before.