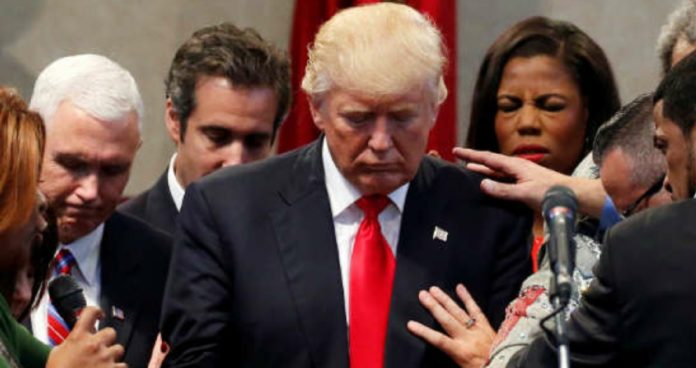 The White House National Day of Prayer celebration kicked off with President Trump’s remarks to those gathered to celebrate the event, according to the New York Post.

President Trump, whose campaign platform included returning the United States to its former values friendly glory. As part of his Make America Great Again motto, the President has taken back some of the territories that the politically correct movement removed from everyday life.

The president highlighted the fact that he has gone out of his way to support Americans being able to say “Merry Christmas” again without the fear of repercussions. The turn away from the phrase happened under the tutelage of his predecessor, Barrack Obama.

“One nation under God. So important. And we say it. A lot of people, you know, they don’t say it. But you know what? They’re starting to say it more, just like we’re starting to say ‘Merry Christmas’ when that day comes around,” he said.

“You notice a big difference between now and two or three years ago?” Trump added. “It was going in the other direction rapidly. Now it’s straight up.”

While many of the left-leaning persuasion have worked hard to keep religion out of both government and everyday life, conservatives, the president included, haven’t appreciated the suppression of their First Amendment rights.