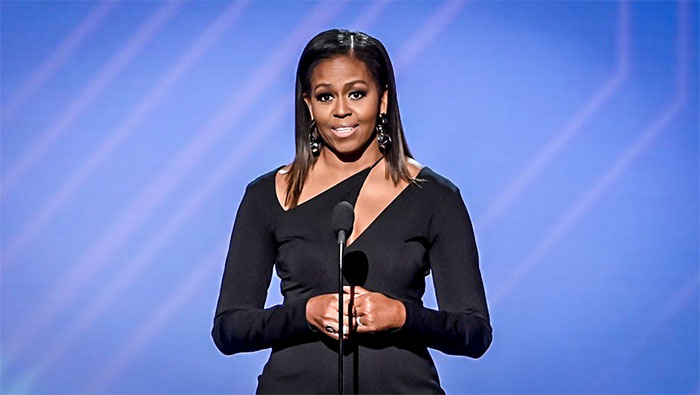 ESPN just held its annual ESPY awards, and as can be expected, it was a star studded affair. The Excellence in Sports Performance Yearly awards is something that’s taken very seriously by many, but of course wasn’t without its political undertones.

Most notably was the choice of Michelle Obama to award the Arthur Ashe Courage Award to Eunice Kennedy Shriver for her work in creating the Special Olympics. Mrs. Shriver, though no longer with us, was given a beautiful tribute and the award was accepted by one of her children on her behalf.

Watching the video, I noticed a few things that stood out. First and foremost, of course, was the incredible work done through the Special Olympics and how courageous and driven Mrs. Shriver was in her work. The tribute gave an overwhelming sense of a life of undying love shown to those who are treated badly by many.

While watching though, it would be hard to miss the irony in the former first lady being the one to give this tribute. The Special Olympics were about allowing people to compete, completely on merit. Shriver believed that not only would it be good for the competitors to have this event, she believed that they would be on their own and that we shouldn’t let the way they look hold them back.

Obama, on the other hand, spewed eight long years of identity politics, pitting community against community based solely on how they look, what jobs they have, and how much of their money the government is entitled to, and Michelle went along with the entire identitarian narrative from soup to nuts.

When her husband met with the hate group Black Lives Matter after they literally tore apart cities, but chastised cops at their own funerals, the Obamas made it clear that it was what group a person belonged to, rather than any personal achievements.

When the Obamas brought out the debunked argument that women are paid less than men for the same work, they made it clear that merit does not matter to them.

When the Obamas pushed a healthcare bill that put all the burden on people who actually work, and gave the growing welfare state another handout from a growing government, they made it clear that people who work and succeed are not who they care about.

The Special Olympics says that you should have equal honor for equal effort, no matter what your origin or who wants to prejudge you. Unfortunately, that flies completely in the face of the Democratic platform, which implies that effort isn’t important, as long as the results are equal in the end.

This award was given to Shriver because she fought for equality, and I’m sure many that don’t think about politics much would have the impression that the Obamas did as well. The difference is that one brought their brand of equality by raising hardworking people up, and the other by pushing hardworking people down.