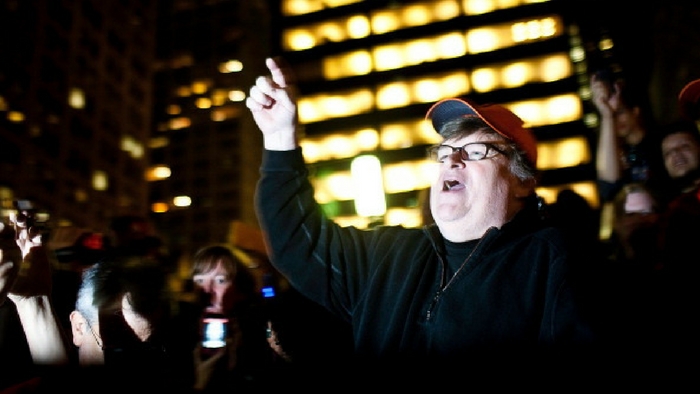 It doesn’t get much more liberal than Michael Moore. The guy was speaking at women’s marches for goodness sake, and he’s so liberal that the women let him. He seems to have built his entire career on career solely on criticizing people (especially conservatives) and for some reason, people love him for it.

Unlike most liberals though, Moore isn’t discriminatory about who he gets fed up with, and this time, it’s his own party. Apparently, the Michigan-born Democrat was ready for a win in the much-anticipated Georga special election and he’s a little ticked off that he didn’t get it, which caused this ultra liberal to say what the rest of us have been thinking about the Democratic party.

Scratch that, he’s more than a little ticked off:

Liberal activist Michael Moore lashed out at national Democrats on Wednesday after the party fell short in a special House runoff election in Georgia despite spending tens of millions of dollars on a race that was viewed as a referendum on President Trump.

Moore ripped the Democratic National Committee and its House campaign arm for having “no message, no plan, no leaders.” Democratic leaders “hate the resistance,” Moore said, underscoring the lingering tension between the party’s grassroots base and the establishment in Washington.

The district is reliably red, but Democrats, eager to make a statement about the strength of their grassroots fury, went all-in to turn the district blue, casting the election as a referendum on Trump and pouring millions of dollars into the race.

Liberals have turned out for huge anti-Trump protests across the country and have made life miserable for GOP lawmakers at town halls in their home districts, but Republicans nonetheless won all four special elections this year.

…get a friggin' clue. The DNC&DCCC has NO idea how 2 win cause they have no message, no plan, no leaders, won't fight &hate the resistance

I say this to my 7.5 million ppl on social media & the millions who watch my movies & read my books: Are we going 2 sit by &let this happen?

I guess when it comes to politics loudest doesn’t always mean most forceful. Yes, the Democrats have been rallying and making life miserable for Republicans, but for one thing, Republicans are less likely to rally because we have jobs and stuff. For another thing, there’s always only going to be a fragment of the population that are activist. They may have mobilized their entire activist segment, but if the idea was to win over the undecided, I think they’ve failed.

I couldn’t tell you the exact percentages, but I’m sure you know from your own life that there are the political enthusiast and there are the people who just make enough effort to drag themselves to a polling place a couple of times a year. Those are the folks sitting quietly on their couches in the evening, taking in what the political party are doing, and making internal decisions without a lot of fanfare.

If the Democrats were hoping to win those people over with their flashy rallies and mobs and what not, obviously they weren’t successful in making the correct impression, because those on the fences seem to have gone the other way. And really, why wouldn’t they after seeing the nasty underbelly of the Democratic Party like we have in recent months.