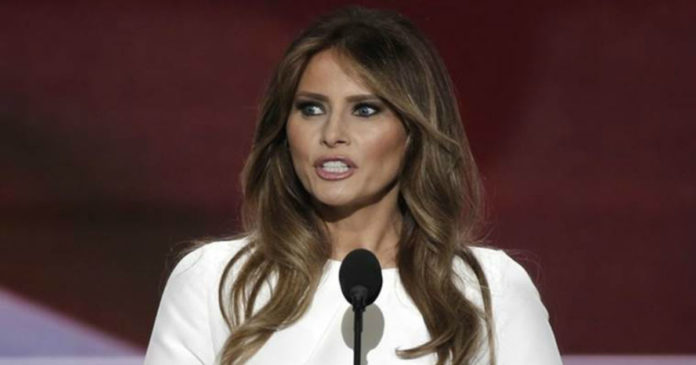 Melania Trump was checked into a Washington, DC, medical center Monday. She was treated for a “benign” kidney issue. It’s the first time that an American first lady has underwent such a serious procedure while still in in the White House since Laura Bush in 2007.

Trump has reportedly been experiencing kidney issues for awhile.

“This morning, first lady Melania Trump underwent an embolization procedure to treat a benign kidney condition. The procedure was successful, and there were no complications,” the first lady’s communications director, Stephanie Grisham, said in a statement.

“Mrs. Trump is at Walter Reed National Military Medical Center and will likely remain there for the duration of the week. The first lady looks forward to a full recovery so she can continue her work on behalf of children everywhere.”

President Trump wasn’t able to be with Melania during her surgery but he plans to visit her later today.

Trump has been a relatively low-key first lady. She didn’t reveal her platform, “Be Best”, until this month. She plans to focus on protecting children from online bullying.

“I am well-aware that people are skeptical of me discussing this topic,” she said when she unveiled the campaign.

“I have been criticized for my commitment to tackling this issue, and I know that will continue. But it will not stop me from doing what I know is right.”

After Trump’s team announced that she was in the hospital, condolences began flowing in.