You read that headline correctly folks. This story is too ridiculous not to share.

Mark Oberholtzer is a Texas based plumber and he’s mad as hell. Why? Because he saw his old company pickup truck being used by ISIS in a video online. His “Mark-1 Plumbing” logo being shown on a video for the most infamous terrorist organization in the world has not helped business at all. Because of this, Mark is suing the dealership he sold the truck to, and I don’t blame him! 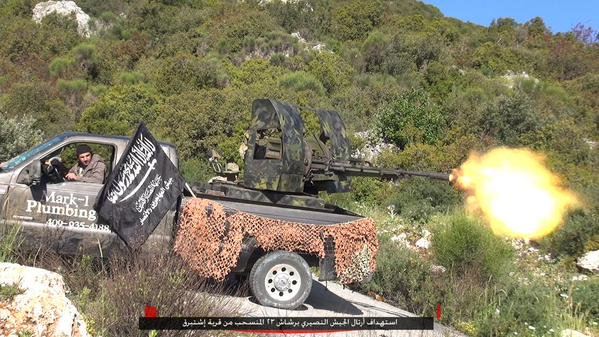 In the lawsuit, Oberholtzer’s lawyer wrote: “By the end of the day, Mark-1’s office, Mark-1’s business phone, and Mark’s personal cell had received over 1,000 phone calls from around the nation.

“These phone calls were in large part harassing and contained countless threats of violence, property harm, injury and even death.”

Oberholtzer commented that this would not have happened if the dealership had simply removed the decals before re-selling the truck.

This has affected his business and his life, clearly and it’s unreal that his truck would somehow get into the hands of ISIS.

He has stated that he even had to temporarly shut down his business and leave town, which resulted in financial losses. In addition, the lawsuit says that he has had visits from Homeland Security and the FBI.

I’m sure the dealership’s general manager is a liberal and sold it to a muslim thinking it wouldn’t have any ill effects on business of other consequences. When we everyone learn muslims are bad news, always!