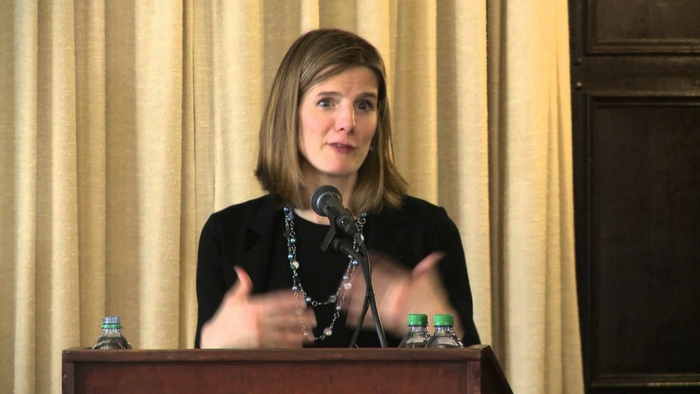 We often time wonder if racism is born or if it’s taught. According to one college professor, everything may be pushing you toward an implicit bias, even the sun in the sky. You’ve probably noticed that today, parts of the United States will get to see a rare solar eclipse. This has lots of people in a tizzy, but according to The Atlantic those people are mostly white, and it’s the sun’s fault.

The article claims that this message from on high should inform us that the universe is racist, just because the path of the eclipse is going over states with Caucasian majorities. And no, we’re not making this up, and there’s no implication of satire, this lady really thinks the sun is racist.

The Atlantic, a once-great magazine, has determined that the total eclipse of the sun due to occur on Monday will fail to affect enough black people.

The Atlantic’s very lengthy essay on the failure of the eclipse to occur where a sufficient number of black people reside is entitled “American Blackout.” It clocks in at a remarkable 4,544 words and does not appear to be satire.

Concerning “the Great American Eclipse,” Brooklyn Law School professor Alice Ristroph writes in the rapidly deteriorating magazine, “there live almost no black people” “along most of its path.”

The Atlantic’s long-winded [sic] law professor assures readers that “implicit bias of the solar system” is “presumably” not the cause of [the] eclipse’s failure to affect enough black people.

“Still, an eclipse chaser is always tempted to believe that the skies are relaying a message.”

Oregon, where the eclipse will first appear in the continental United States, “is almost entirely white.” “There are very few black Oregonians, and this is not an accident.” It’s totally on purpose in 2017, The Atlantic claims because the Pacific Northwest state had a “racial exclusion” clause in its original 1857 constitution.

I could be wrong, but I thought that racism implied a conscious thought process or indoctrination. Apparently, racism is so subjective that you can even be racist if you’re a burning ball of gas, sitting up in the sky with planets rotating around you.

The one thing that I’m confused about, is that if the sun isn’t the one moving, and it’s the earth that’s actually making the trip, doesn’t that mean that the Earth is the racist one? That would make more sense anyway, maybe our racism has soaked into the ground and sent us on this path.

And while we’re postulating completely ridiculous theories; one would think that the sun would actually be anti-racist if anything, because it’s not allowing it’s life giving rays to shine on all the white people, and it’s continuing to shine on the states with the higher African-American population. Just a thought, since we’re just throwing things out there regardless of reason and logic now.