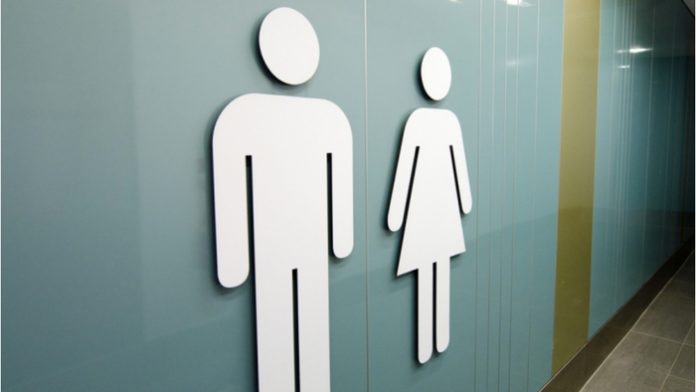 The transgender bathroom debate became a hot topic after the North Carolina legislature allowed transgender people to use bathrooms that match their gender identity in February of 2016. Since then it’s been an absolutely fruitless debate, with both sides saying they have science on their side, and neither willing to budge.

The LGBTQ movement believes that a person who identifies with a different gender actually is that gender. Conservatives just don’t want men in the bathroom with their women and children. This has caused a lot of name calling and cries of intolerance by those who think freedom of bathroom choice should be on par with freedom of speech.

However, one formerly liberal mom had a chilling experience that changed her mind. Kristen Quintrall Lavin runs a blog called, “The Get Real Mom,” in which she exposes the harsh realities of what she calls, “momming.” She had previously taken the socially acceptable position that anyone should use any bathroom the felt comfortable with, but her experience at Disneyland with her son Lavin changed her mind.

According to Lavin she went to the bathroom while her friend watched the children when a “very large, burly man in a Lakers Jersey” came into the bathroom and calmly started staring down the women. There were at least a dozen other women and children in the bathroom, all in political correct silence as this man walked along the stalls, slowly looking through the gaps around the doors. This was not only humiliating and frightening to Lavin, it’s totally unacceptable.

“This notion that we’re shamed into silence b/c we might offend someone, has gone too far. There was a man in the bathroom. Not transgender. There was a man who felt entitled to be in the woman restroom, because he knew no one would say anything,” she wrote.

“There were 20-25 people by the time I left, who were scared and uncomfortable by his ominous presence. And the only thing stopping us, was our fear of political correctness and that the media has told us we don’t know what gender is anymore,” Lavin astutely stated.

Yeah. What she said.