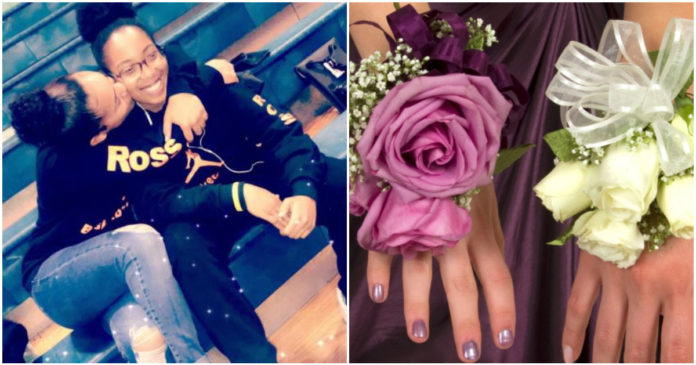 In 2018, if you dare stand against gay marriage or the gay agenda, you’re in for a world of hurt. It’s become verboten to even remotely prefer traditional marriage over its new redefinition, as you’re a disgusting bigot if you don’t approve of Bill and Ted’s wedding.

To take a stand means bringing the wrath of the media and legal institutions upon you, and they love nothing more than destroying folks that don’t subscribe to left-wing orthodoxy. An Alabama school found this out first hand after finding itself in the crosshairs of the Left for supposedly trying to prevent a lesbian couple from attending prom together.

As reported at the New York Post, an Alabama high school student who was disciplined after asking her girlfriend to attend the prom says the school has changed its tune and will allow them to attend.

Janizia Ross told The Associated Press on Thursday that she and the other student have been given the green light to attend prom at Alexandria High School.

The 17-year-old Ross served in-school suspension earlier this month for hijacking the stage during a talent show to ask another girl to go to prom with her. Of course, her actions have been glossed over and this story made out to be something it’s not, a school punishing a student for being gay.

The school made this clear when they came out and denied they punished Ross for asking a girl to prom, citing their commitment to equality.

Lambda Legal, which advocates for same-sex rights, had complained about the punishment, citing the principles religious proclivities as being the reason for the incident.

“The Principal’s religious-based remarks and proselytizing over the school’s public address system the day after the Promposal, his subsequent discipline of J.R., and the alleged threat to punish R.G. for her expression of same-sex affection through her performance violate clearly established federal law,” their letter to school officials read.

So there you have it. A man accused of bigotry and illegal actions because he happens to be a Christian doling out justified punishment to a homosexual. Hopefully, Ross enjoyed her 15 minutes of fame by making unfounded, opportunistic accusations, because it’s likely all she’ll ever get.