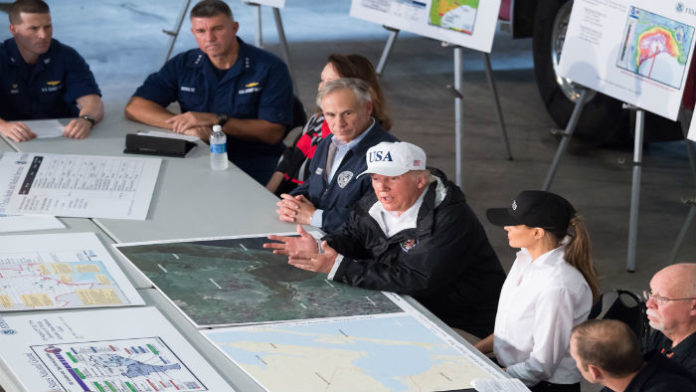 Hurricane Maria relief efforts have been bogged down by government red tape.

The storm ravished Puerto Rico, leaving almost the entire island without water or supplies, but U.S. shipping restrictions have made it difficult to send aid. The Jones Act requires that all goods shipped between U.S. ports must be carried by U.S. ships.

President Trump just eradicated the problem. He announced Thursday that the Jones Act will now be waived for shipments headed to Puerto Rico. The decision will probably save lives.

The administration has had to deal with multiple, almost back-to-back tragedies, and it hasn’t stumbled. Texas, Florida, and Puerto Rico are each suffering from record-levels of destruction. Search and rescue efforts are over, but the danger isn’t.

Puerto Rican nursing homes and hospitals are still without power. Patients can’t take care of themselves; they need help to survive. Now that sending supplies will be easier, those people have a better chance of finding relief.

Puerto Rico, as a U.S. territory, deserves the same protections granted to Florida and Texas. A couple liberal media pundits blamed Trump for his “slow” response to the crisis, but that’s simply not a valid complaint. Aid has been slow to reach Puerto Rico, but not through any fault of Trump’s.