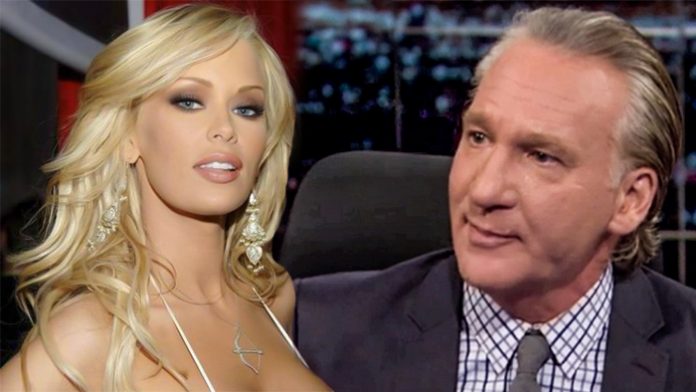 Bill Maher, for those that do not know, is a holier-than-thou political pundit that makes zero sense at all. His allegiances aren’t very clear as he’s praised Democrats for the most part, but has also been on board with a few Republican ideals.

However, one thing is very clear: he hates Donald Trump.

Ever since Trump started to run for office, Maher has been on his case and has been vocal and outspoken about Trump as a legitimate candidate that has the capacity to run this country.

And, as everyone else on the left did, Maher went off on Trump about his hot mic comments to Billy Bush, where he jokingly and boisterously spoke of grabbing women by certain parts of their anatomy. Trump owned up to them, was a man, and said they were nothing but locker room talk. I can respect that, especially since it was an off the cuff, hot mic recording in the first place.

Here’s Maher’s whole segment on the matter, just to further prove Maher was against Trump and called him out on multiple occasions for this.

But what every single person who was siding with Maher and the left wasn’t counting on was former adult film actress and massive Trump supporter Jenna Jameson, unloading on Maher by outing his sordid past.

Just watched @billmaher for shits and giggles. You rail Trump about his grabbing pussy statement? lol I've seen you at the PB mansion, ????

So what we have here is a textbook case of the pot calling the kettle black. Maher was at a mansion party that, by his own logic, objectifies woman and demeans them way worse than Trump was ever accused of doing.

My point is that he can't be shocked at Trumps comments many years ago, when he is truly the deplorable one https://t.co/jXCB0kkurT

Lol trust in fact, I saw his behavior… he fits right in with us "pussy grabbers" https://t.co/FtGgsvs3xX

When Anti-Trump liberals went after her for her comments, she fought back twice as hard. Here’s her response when someone asks her what her business is:

And here’s another reacting to Madonna’s hateful anti-Trump speech at the Women’s March:

I wish she metaphorically wear a permanent bag on her head and a proverbial sock in her mouth https://t.co/sUwFJYdKQu

Here’s why this story wont die: the left’s priorities are completely backwards. They talk about women’s rights and march for equality, but they kick out pro-life groups from their women’s marches and never mention a word about Islamists who rape and mutilate women in the Middle East.

They talk about how how Trump is a horrible person, but then forget about how Hillary and Obama destabilized the entirety of the Middle East and brought about the rise of ISIS. The liberals are nothing but hypocrites.

Something about glass houses comes to mind.