So, here’s another question, and this one isn’t a joke. What do you call a news company that shrouds the truth under the guise of translating? Acceptable answers include mainstream media and/or AP News.

They were nice enough to translate it for us what he said though. So considerate of them, don’t you think? 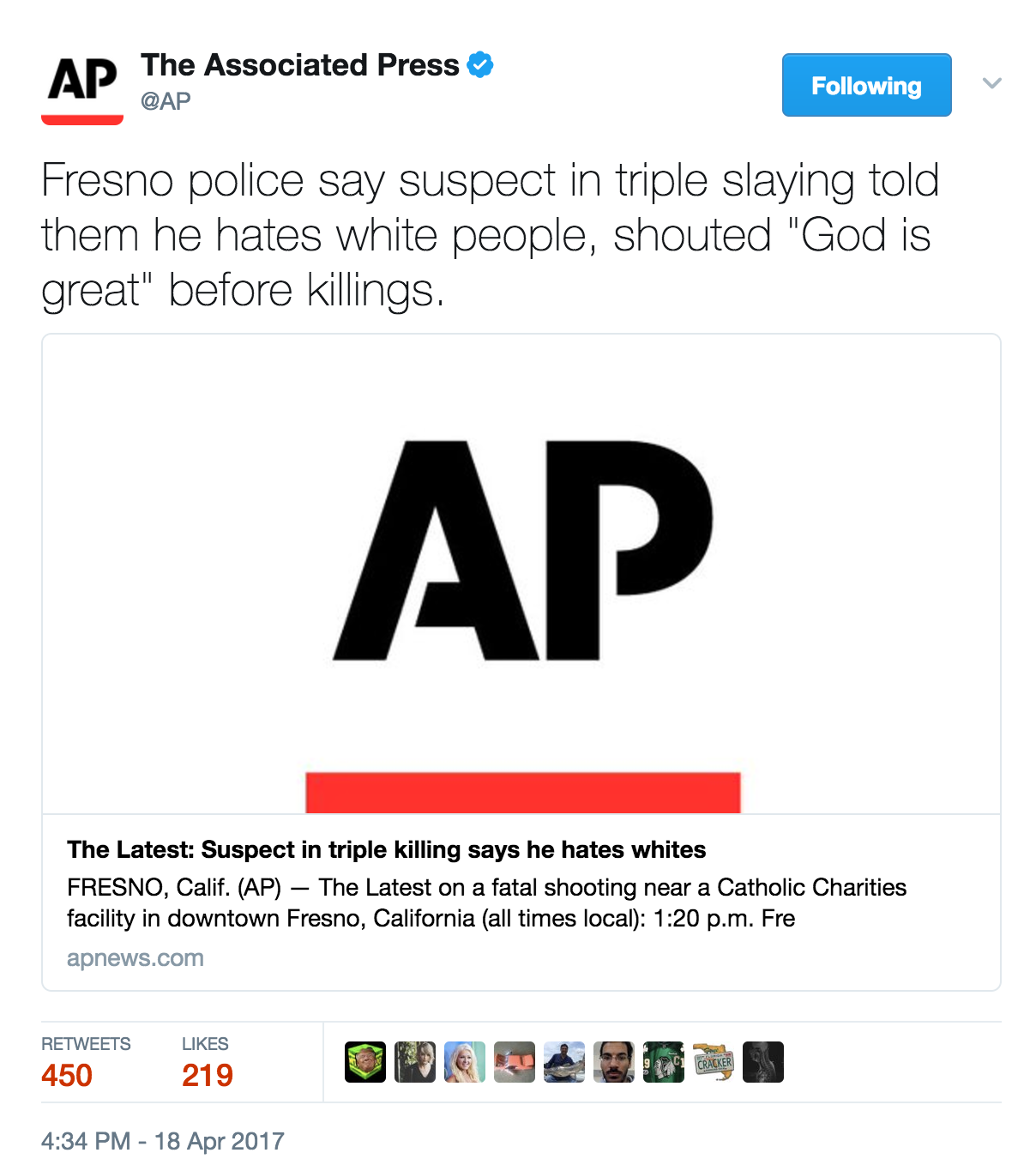 A few astute Americans saw a discrepancy in the AP report though.

Once again, @AP is lying. “Allahu Akbar” is what he actually shouted.

This was a lone wolf Muslim terror attack AP is trying to cover up. https://t.co/fphVDIR68V

You don’t suppose that they’re trying to downplay the “Muslim” in this awful event, do you? We all pretty much associate the phrase “allahu akbar” with the Muslim jihad, and we wouldn’t want Americans to panic and think that Muslims were bad.

Oddly enough, AP edited their tweet to include that the phrase was originally said in Arabic after much criticism.

Funny, it’s kind of like people thought that it was an important fact that he was yelling in Arabic, to a god that both Christians and Muslims would agree is different from the Christian God. Words have so much meaning, and no one knows this better than those of us in the media.