Hillary is going to prison! Or at least that’s what one former U.S. attorney thinks.

According to the Daily Caller, former U.S. attorney Joseph diGenova is predicting a massive scandal and indictment of Hillary Clinton. We think this is too good to be true, but the facts are adding up and it doesn’t look like they’re going in Clinton’s favor in the slightest. Since the FBI started to investigate Clinton, she has been on the ropes, taking blows from them and now the FBI has made a recommendation to indict her. Attorney General Loretta Lynch is threatening to overrule this decision. DiGenova sees this as a massive scandal just waiting to happen. 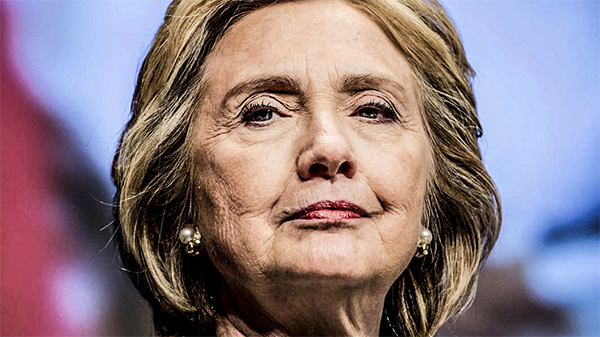 “The [FBI] has so much information about criminal conduct by her and her staff that there is no way that they walk away from this,” Joseph diGenova, formerly the District of Columbia’s U.S. Attorney, told Laura Ingraham in a Tuesday radio interview. “They are going to make a recommendation that people be charged and then Loretta Lynch is going to have the decision of a lifetime.

“I believe that the evidence that the FBI is compiling will be so compelling that, unless [Lynch] agrees to the charges, there will be a massive revolt inside the FBI, which she will not be able to survive as an attorney general. It will be like Watergate. It will be unbelievable.”

Honestly, we hope this happens. Hillary deserves to be in prison for crimes against the U.S. and murder.