Hillary Clinton went into a 3rd grade class to get support from teachers. She stood in front of the class and asked the children how many of them were “Hillary fans.”

Not really knowing what a Hillary fan is, but since the kids wanted to be liked by their new speaker, all the kids raised their hands, except for Little Johnny.

Clinton asked Little Johnny why he decided to be different.

Little Johnny said, ‘Because I’m not a Hillary fan.’

Clinton asked, ‘And why aren’t you a Hillary fan?’

Johnny said, ‘Because I’m a Republican. I support Trump.’

Hillary asked him why he’s a Republican.

Hillary, with a snarky and annoyed look on her face, says,”Well, if your mom was a moron and your dad was an idiot, what would that make you?”

With a big smile, Little Johnny replied, “That would make me a Hillary fan.” 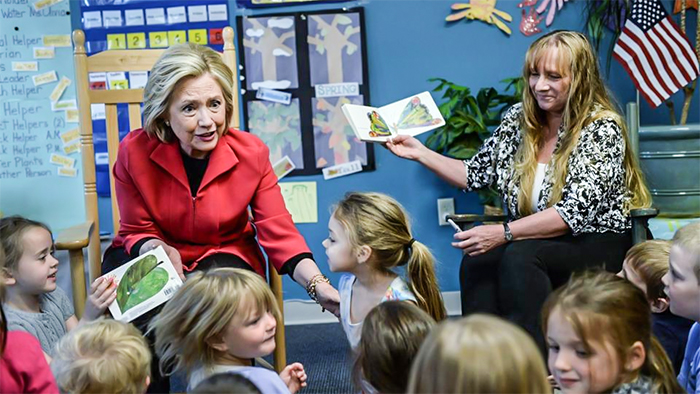