Obama might be the current America hater, but if Hillary gets into office somehow, I feel like America is doomed even more.

Clinton has just come out saying that if she was president, she would let in even more refugees than Obama would. And if you weren’t counting, Obama is already letting in more than we should be. 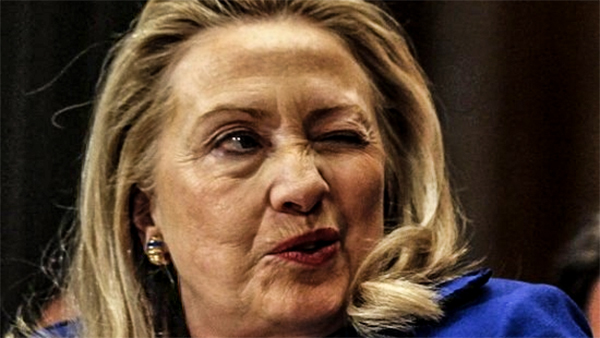 Speaking in Brooklyn at the National Immigrant Integration Conference, Clinton railed against immigration policies that “can tear families apart” and against Republican rivals Donald Trump and Marco Rubio .

“I’ll work to ensure that every single refugee who seeks asylum in the United States has a fair chance to tell his or her story. This is the least we can offer people fleeing persecution and devastation,” Clinton said.

Hillary even took a pot shot at Trump while she had the chance, adding to her already huge mounting of crap she was spewing.

“Candidates for president are calling immigrants drug runners and rapists. They promise if elected to round up and deport millions of people, build a mammoth wall, militarize the borders, tear families apart, and after the terrorist shootings in San Bernardino, at a time when a lot of Americans are fearful about future attacks hear at home some candidates are even stoking those fears and turning people against Muslim-Americans, saying some hateful hurtful things.”

Earth to moron liberal liar: immigrants are drug runners and rapists. Not to mention terrorists and America hating free-loaders. When will Clinton and the whole lot learn that this is a country that should be free and devoid of this crap?!