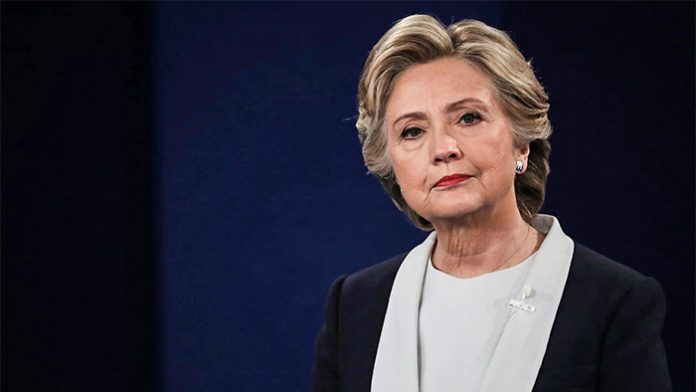 This year, there’s a phrase that Democrats and liberals alike will hear for quite a while: Donald Trump was right. They said he’d never get elected, they said that he’d never do anything he promised, and they said that his claims of voter fraud for Hillary Clinton were bogus.

It turns out, yes, he did get elected, he’s delivering on his promises with lightning speed, and a study just found that Hillary Clinton received nearly one million votes from non-citizens in the election.

According to The Washington Times,

Hillary Clinton garnered more than 800,000 votes from noncitizens on Nov. 8, an approximation far short of President Trump’s estimate of up to 5 million illegal voters but supportive of his charges of fraud.

Political scientist Jesse Richman of Old Dominion University in Norfolk, Virginia, has worked with colleagues to produce groundbreaking research on noncitizen voting, and this week he posted a blog in response to Mr. Trump’s assertion.

Based on national polling by a consortium of universities, a report by Mr. Richman said 6.4 percent of the estimated 20 million adult noncitizens in the U.S. voted in November. He extrapolated that that percentage would have added 834,381 net votes for Mrs. Clinton, who received about 2.8 million more votes than Mr. Trump.

Not only that, but the split of illegal votes skewed very heavily to one side – the side that advocates for illegal immigration, although it may not account for the entire discrepancy between popular vote figures for the candidates.

Mr. Richman calculated that Mrs. Clinton would have collected 81 percent of noncitizen votes.

Still, the finding is significant because it means noncitizens may have helped Mrs. Clinton carry a state or finish better than she otherwise would have.

Of course Trump is right. We knew that Hillary stood no chance when she had to cheat to beat an old socialist with one foot in the grave during the primaries. There’s no way she’d stand a chance against beating anyone, let alone someone with the name recognition of Trump in the general election.

Hell, Obama even helped her: