I do love me a good Hillary bashing. We’ve talked about it multiple times here, including a few about her email scandal. But this article really puts things in perspective.

As John Hawkins of Townhall.com writes in his scathing piece, Hillary Clinton is about a qualified to run this country as Paris Hilton! I could not agree more with this statement. Hawkins doles out a heaping bowl of truth here saying that Clinton and Hilton has some striking similarities when it comes to accomplishments. 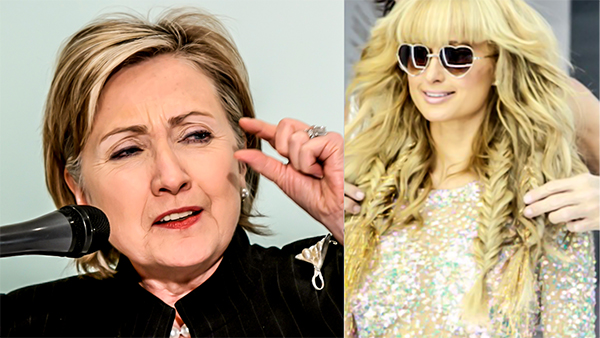 Speaking of idiots, what exactly qualifies Hillary Clinton to be president?

So true! Looking back at her political career, she really accomplished nothing. Except maybe leaking vital information on a personal server and completely botching the Benghazi scenario. He also keeps it funny with what he says next.

That being said, is a woman who’s widely acknowledged to be in the most dysfunctional marriage in the country now that Bruce and Kris Jenner are divorced really someone we should be considering for President of the United States? Hillary is married to a guy who has engaged in sexual harassment, has had numerous confirmed affairs and he was actually impeached by the House for lying under oath about having sex with an intern. What kind of woman not only sticks with a man like that, but helps him cover up his affairs while she smears the women he’s banging?

Agreed! Clinton is not only unqualified, but also lives in a world where she is oblivious to the facts surrounding her in the world and in her own marriage! Who agrees with me and with John Hawkins that Clinton is not fit for the presidency? Let’s hear it in the comments!