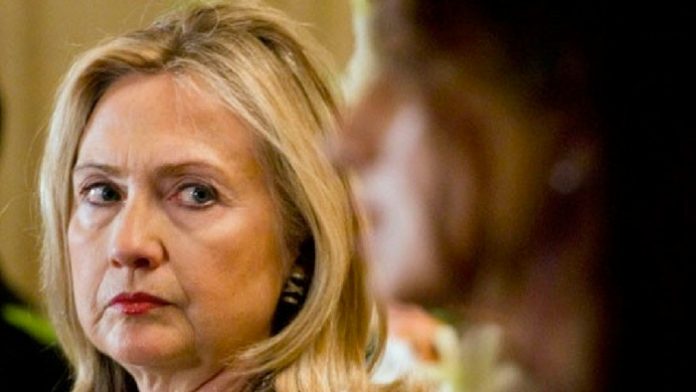 Women everywhere are up in arms today since word got out that Sean Spicer told a female reporter to “please stop shaking your head.”

First off, I’d like to point out that he did say “please,” which is more than I probably would have done. Secondly, Spicer talked to her like he would talk to any of the male reporters, in essence giving her the credence he would give anyone in that room. He obviously didn’t see her gender as an issue, but now apparently we are all supposed to.

There was also a huge to-do about Bill O’Reilly’s comments to Maxine Waters. I’ll be honest, I’m not sure I can go to bat for O’Reilly here; the man should know better than to make a crack about a woman’s hair.

Whoa— Bill O’Reilly says he couldn't hear what Maxine Waters said because he was distracted by her “James Brown wig” pic.twitter.com/sEEG5lJa1l

I can, however, say a few words about the opportunist that is Hillary Clinton and her assessment of the situation.

I think she was cut off because she was disrespectful, not because she was a woman. If you don’t want to be discriminated against, it’s a mixed bag. I know it could be directed at me because I could screw up just as royally as any man. Let’s put on our big girl panties and deal with the criticism we get for our own actions and quit playing the gender card.

To Hillary, and April and Maxine and every woman who feels victimized by the big boys I say: If you can’t stand the heat, go back to the kitchen.