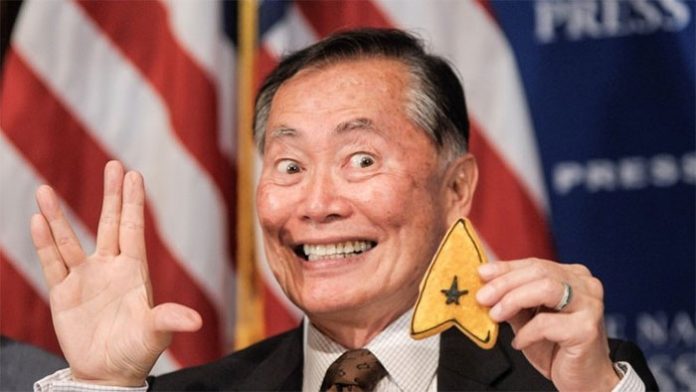 The Hollywood elite, who is famous for his social media, put up a poll in the form of a  tweet that was shortly thereafter deleted when the results didn’t come out as he obviously expected.

Hey @GeorgeTakei, how come you deleted this poll when it started to change? President Trump isn't the enemy. #NotTheEnemy pic.twitter.com/HKZAkNZjHo

This made some people question why Takei might be so anti-Trump. This video might clear it up for those of you who don’t remember.

I had no idea this existed. You're fired, @GeorgeTakei. pic.twitter.com/VDAEouPXVL

George Takei, like many in Hollywood, has decided to use their fame and fortune to influence the American people’s political decisions.  Unfortunately what we as “normal people” forget is that these people got to where they are either because they are beautiful, or good at lying or both.

I’m not advocating we all throw away our screens and sit in silence(how would you read my brilliant articles if you did that?) What I am advocating is that you take these star’s opinions for what they are; opinions.

President Trump is a celebrity of sorts, however, if you ask around, what got him elected was his obvious business prowess and straight forward common sense plan.  America desperately needed a leader who could balance a checkbook and look an adversarial world leader in the eye without scampering back to his party to check and make sure they would endorse his new idea.

Fortunately, we have found that in our current Commander in Chief and I would thank all of the backseat drivers on the left to accept that the Freedom Train might actually be taking us back to a place where we get the chance live long and prosper.