Islam is one of the world’s biggest threats. Not only is it stifling innovation, but Nazi-like groups such as AL-Qaeda and ISIS are gaining in popularity in the Middle East and all over the world because of this toxic doctrine.

Not only that, but the threat of violence from radical Muslims has all but shut down opposition, except from a select few, and we will always report on it because we’re proud Christians.

Here’s a cartoon found at FunnyJunk that perfectly sums up the difference between radical and moderate Muslims: 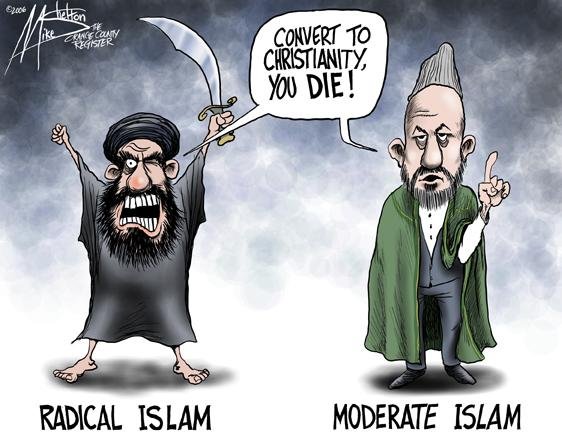 Spoiler: there is no difference. Whether it’s radical or moderate, if you convert to Christianity, the punishment is death.

Share this with anyone who wants to hear the TRUTH!