Woo hoo! Can’t stop cheering over this one!

Trumps poll numbers continue to increase on the GOP side, giving him a massive advantage over 2nd place Ben Carson so far. Now, it seems that he’s increasing his lead even further over not only the Republicans he’s going up against, but also the liberal democrats, especially Hilary Clinton.

The latest 2016 presidential poll has Donald Trump destroying Hitlery Clinton in a head-to-head matchup, 375 electoral votes to Hitlery’s 163. That is an astonishing 70% to 30%, and is very good news if you are a Donald Trump supporter.
Based on an average of the RCP (Real Clear Politics) polling data from all the states and all the “head to head” matchups between Donald Trump (by far the winner of the GOP) and Hillary Clinton (The winner of the Democratic Party) shows bad news for the Democrats.

Clinton is losing handily in all the swing states, and is even losing Democrat strongholds of Maryland, Connecticut, and Oregon.

This is great news! If these polls hold true until the election, our man Trump will be in the White House and will make America great again! 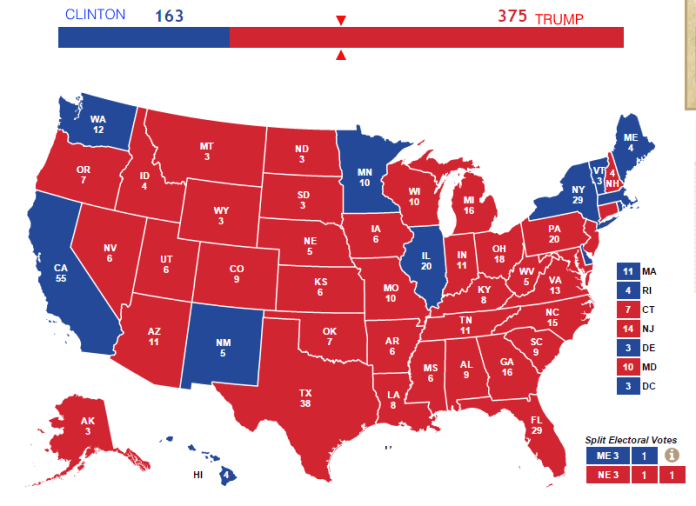